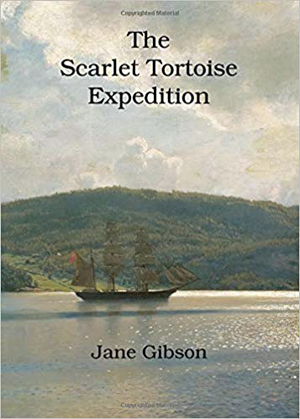 Captain Hunt witnessed firsthand the destruction of a beautiful island paradise, caused by the eradication of the giant tortoises that were the keystone species of their habitat, and he wants to put it right. But only one special kind of tortoise will do, and they are all gone…or are they?Despite the odds, Captain Hunt refuses to give up. Driven by loneliness and guilt, he devotes himself to a determined quest to find them. And after years of persistent effort, he finally discovers convincing evidence that there may indeed be some of them left—far off on a remote uninhabited island that’s not even on the map. So he spearheads an expedition. With a good ship and a hardy crew, he and a handful of intrepid like-minded men set out on a daring search for the last of the Scarlet Tortoises.But no sooner do they reach their destination than things begin to go wrong. Terry, the expedition’s artist, finds himself secretly recording a comic scene of insubordination and mayhem before the search can even get started, and he discovers that Captain Hunt is even more of an ogre than he had thought. And before long the expedition members are deep in strange territory, far from help and beset by unexpected difficulties. There weren’t supposed to be any pirates, for one thing. For another, they are confronted with a big dangerous animal that no one has ever seen before, and it isn’t going to go away. And where on earth are the tortoises?

To hear our interview with Jane Gibson, click on the grey podcast bar below: