At the height of harvest, Merkley sees firsthand the economic potential for rural Oregon 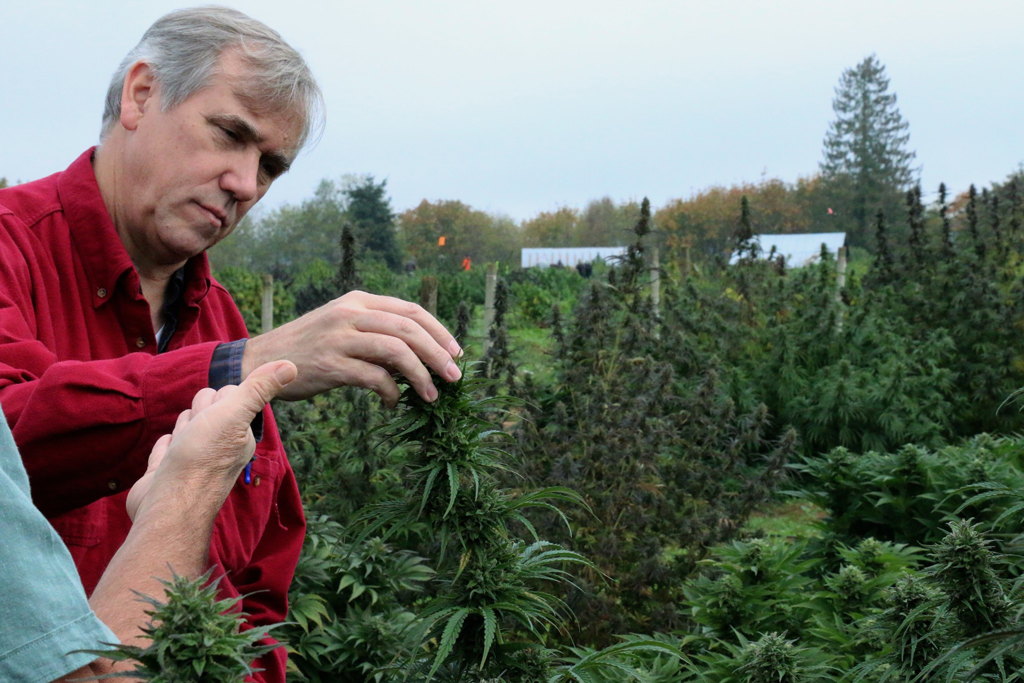 BORING, OR – Oregon’s U.S. Sen. Jeff Merkley today toured Boring Hemp Company’s hemp fields, where, at the height of harvest, it was clear that legalizing industrial hemp would provide an economic boon to rural Oregonians and Americans.

“It’s time that we recognize industrial hemp for the agricultural product it is,” Merkley said. “This is a cash crop that hasn’t been allowed to meet its full economic potential because of outdated restrictions. Senator Wyden and I will keep working across party lines with Mitch McConnell and Rand Paul to keep the Hemp Farming Act in the 2018 Farm Bill, and provide economic opportunity for farmers across rural Oregon and rural America. This is good for jobs, good for our communities, and just good common sense.”

“Legalizing commercial hemp farming and production nationwide would end antiquated, decades old, ill-informed policies and open up rich economic opportunities for farmers in Oregon and all around America,” said Oregon Sen. Ron Wyden. “I am proud to work on this bipartisan legislation that creates entrepreneurial, good-paying, rural jobs building on our state’s world-renowned agricultural strength by adding hemp, at long last, to the Oregon farming mix.”

“We were honored to have Senator Merkley visit our family-owned farm, and we sincerely appreciate all of his and the Oregon congressional delegation’s work to legalize industrial hemp production across the country,” said Barry Cook, co-owner, with his sons Sam and Bo, of Boring Hemp Company, in Boring, Ore.“We, along with farmers across the country, are looking forward to the day of unrestricted commerce with hemp—recognizing this crop as a sustainable, versatile, and economically and environmentally valuable agricultural commodity. Senator Merkley’s bipartisan leadership introducing legislation to ensure access to banking services is a critical next step for American agriculture, and deeply appreciated by those of us growing industrial hemp.”

“Oregon State University researchers are studying means of improved production of quality industrial hemp, expanding these investigations statewide with varieties brought here from around the globe for grain, fiber, and plant extracts and oils,” said Dr. Jay Noller, Department Chair for Crop and Soil Sciences at Oregon State University. “The Hemp Farming Act of 2018 would provide clear federal legal status of industrial hemp which would further enable OSU to engage in needed research and extension to support the state’s hemp stakeholders on Oregon-bred hemp varieties.”

“Oregon’s industrial hemp agricultural pilot program has grown exponentially since implementation in 2015,” said Courtney N. Moran, LL.M., founding principal of EARTH Law, LLC. “Our dedicated Oregon Industrial Hemp Farmers Association members have shaped the Oregon program into the leading program it is today. The market continues to grow as consumers learn more about the incredible benefits of hemp and as pilot program participants continue to creatively develop products as they research the evolving market.

The Hemp Farming Act, included in the Senate version of the 2018 Farm Bill, takes long-overdue action to fully legalize hemp: The bill clearly defines hemp as an agricultural commodity and removes it from the list of controlled substances. The bill also gives states the opportunity to become the primary regulators of hemp production; allows hemp researchers to apply for competitive federal grants from the U.S. Department of Agriculture; and makes hemp farmers eligible to apply for crop insurance.

The Hemp Farming Act is supported by the American Farm Bureau Federation, National Farmers Union, Vote Hemp, the National Association of State Departments of Agriculture, and the National Conference of State Legislatures.