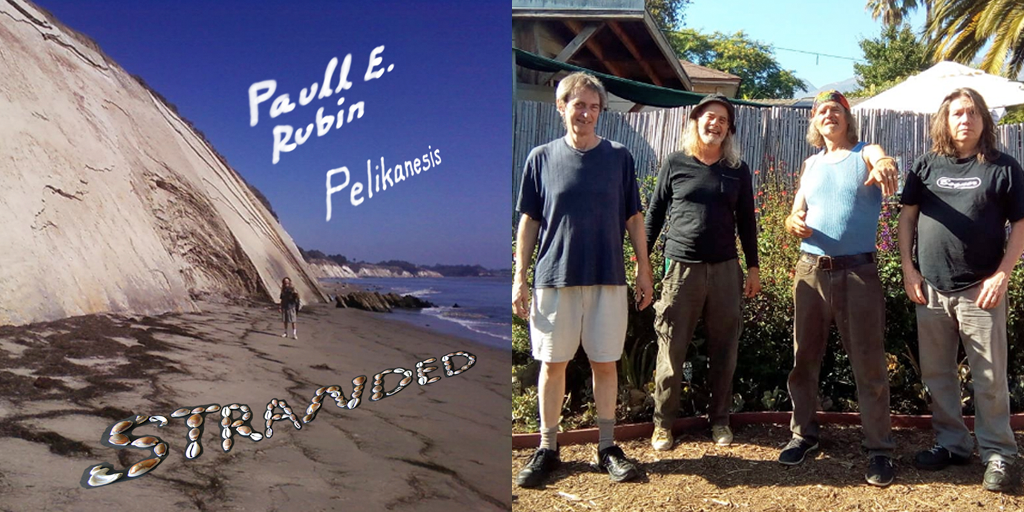 Back in 2006, a cartoonist named Leigh Rubin visited The Dalles Chronicle to sell them his single-panel cartoon, Rubes. I was working there at the time and was a big supporter of adding his slightly twisted and off-kilter cartoon, which has graced the pages of The Chronicle ever since, along with 400 other newspapers Though Leigh is based in California, he has ties to the Mid-Columbia. In fact he was married on Panorama Point in the Hood River Valley, many years ago, and he visits the Gorge at least twice a year.

We have become good friends and I have discovered he is creative in multiple ways. One of the ways is writing song lyrics. That’s handy, because he has a brother Paull Rubin, who has a band, Pelikanesis that can come up with the music to fit those lyrics. One of those songs is called Shoppin’ and it appears on the new CD from Pelikanesis called Stranded. The song is about Leigh’s wife, Teresa and the fact that she getshiton when she goes grocery shopping.

To hear the song, click on the grey podcast bar at the bottom of the page

Paull writes:
Well, the “band” is as always a loose affiliation of guys that back me up aka “Pelikanesis” the current line up shown in this pic which is the best I can get at the moment (left to right Ken “Snake” Farmer (drums)
Me Paull E. Rubin (guitar &

vocal, songwriter) Nick Hoffman : guitar and Rob Hess on bass, far right of the picture. I would just say Paull is the mainstay and songwriter, lead vocalist & guitarist for the band and “Stranded” is the 10th studio release, I have been a certified ASCAP writer & publisher member since 1983, and links to all my other discs can be found  HERE

Album Notes
Dedicated to Andrew Rubin, who passed away during the making of this album was only 23 years old. He was a recording engineer on the guitar tracks but sadly did not get to play. Jared Forman did the drums, Ken Farmer added percussion, Nick Hoffman added some very tasty guitar work and Rob Hess played some bass and Moog Synthesizer. David Forman also added some keyboards as did Jared and Paull who played guitar, slide and sang the lead vocal on all 10 tracks. This stuff is rock and roll, and there is one softer song too. Photography & artwork by Margaret Morrison
Produced by Jared Forman & Paull E. Rubin
Mixed by OSMIX
Mastered by Will Borza