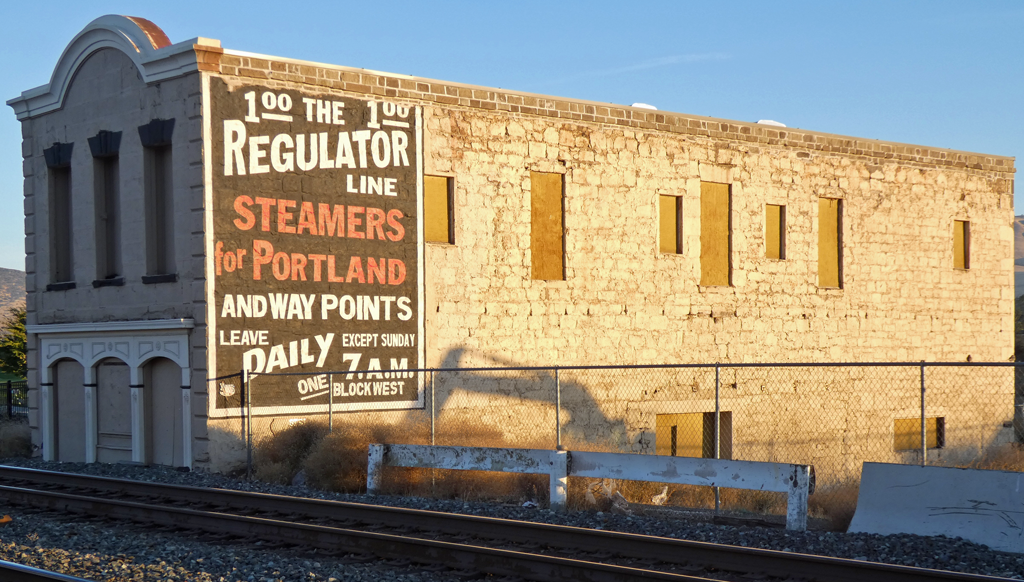 In a three to one decision Monday, September 24, The Dalles City Council  moved to issue a request for proposal to demolish the Gitchell/Waldron Drug building on the north side of the railroad tracks, a lone vestage of the time when First Street was the main street of The Dalles. Several years ago, a structural engineer reported the building was not sound and that a portion of the building actually was on Union Pacific Railroad property.

Several people were working on plans to either restore it in place or move it. A report from assistant city manager Matthew Klebes said that an estimate to move the building was $775,000 not including the cost of a new piece of property or constructing a new foundation. He said the two spots best suited to relocate the building were on properties owned by Urban Renewal, and the board there had rejected the idea of donating either property or selling it at a low cost.

Estimates for demolition ranged from $200,000 to $400,000. Councilor Darcy Long-Curtis was the lone vote against demolition, calling for more public input.  Councilor Russ Brown said that his highest priority was protecting the city from liability:

“The building’s going to be a liability until it’s gone,” he said, “either moved to another location or knocked down. I just have a real problem leaving it there and doing nothing.”

Brown also noted that the 40-foot high building is located just 20 feet from the Lewis & Clark Festival park, and if it fell, there would be severe damage.

Councilors Taner Elliot, Linda Miller and Russ Brown voted in favor of issuing an RFP for demolition; Councilor Tim McGlothlin was out of town

And under reports from council members, Councilor Linda Miller gave this heads up:

“For your information, it may be in the future — it could be the near future — that we’ll try to ban plastic grocery bags and plastic straws.”