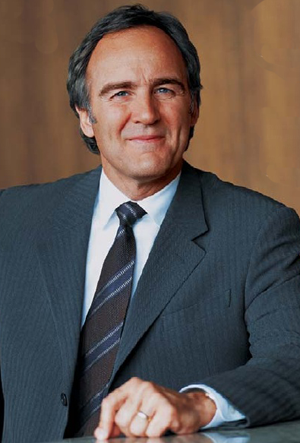 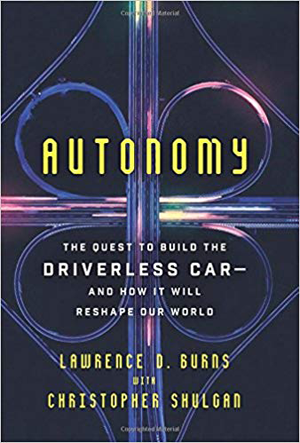 The Quest to Build the Driver-less Car—

How It Will Reshape Our World

to our way of life since the smartphone

In AUTONOMY: The Quest to Build the Driverless Car—and How it Will Reshape Our World (published by Ecco), former General Motors executive and current advisor to the Google self-driving car project Lawrence D. Burns offers an exhilarating history of the quest to make the driverless car a reality.AUTONOMY is the ultimate guide to understanding the driverless car and to navigating the revolution it promises.

AUTONOMY tells the story of the maverick engineers and computer geeks who are revolutionizing the way we move. In 2009, the auto industry was going belly up. Meanwhile, Google was launching its autonomous car project, ridesharing was poised to become big business in San Francisco and Tesla’s new CEO, Elon Musk, was preparing to bring electric cars to the masses. With an insider’s perspective, Burns takes us through these major developments, traces how they’ve converged over the past several years, and explains how they’ve set the stage for the mobility revolution. It is not a question of whether the self-driving car will disrupt the automobile industry, Burns argues. It is a question of when and how—and who will benefit the most.

A longtime expert on transportation, Burns has been leading the reinvention of the automobile since before the turn of the millennium. For the last seven years he’s been an adviser to the Google self-driving car project, now known as Waymo, the world leader in autonomous mobility. Before that, Burns was the corporate vice president of research, development and planning at General Motors, where his portfolio included setting a course for the distant future of automobile transportation for what was then the world’s largest automaker.

Join Lawrence Burns on Thursday, August 30th as he can discuss:

·          The future is now: Waymo will launch this year the world’s first commercial autonomous ride-sharing service in Phoenix, Arizona, where paying customers will be able to hail rides from self-driving cars—and the company is set to expand soon to numerous other American cities.

·          How driver-less transportation will save money, time, and the environment.

·          The three seeds of the mobility revolution: autonomous vehicles, electric vehicles, and on-demand transportation—all of which started during the darkest age for the auto industry (2007-2011) and are converging more and more each day

BIO: Lawrence D. Burns served as corporate vice president of research, development and planning at General Motors, where he oversaw GM’s advanced technology and innovation programs, as well as corporate strategy. He was also a professor of engineering practice at the University of Michigan and led the Program for Sustainable Mobility at Columbia University. He has served as an adviser to the Google self-driving car project (now Waymo) since 2011 and is a member of the U.S. National Academy of Engineering. He lives in Franklin, Michigan.

To hear our interview, click on the gray podcast bar below