The Goldendale School District and former Superintendent Mark Heid have parted ways, but that parting came at a substantial cost. Gorge Country Media obtained the following agreement through a public records request.

The agreement was signed by Mr. Heid on August 4 and by school board chair Deborah Heart on August 6, but it was agreed by both parties that the effective date of his “unconditional and irrevocable retirement from any and all contracted duties with the District” was June 30, 2018. Here’s how the money stacks up.

The district agrees to pay him the full amount of the remaining year on his contract: $171,283, and that his per diem rate for vacation and sick leave is $713.68 per day. That leads to the following additions:

• Up to $2,000 in reimbursement to cover “travel. lodging and other costs for in-service workshops” he will attend between now and June 30, 2019.

There is an additional unknown cost for health insurance, including dental and vision coverage. Though the district will stop paying for insurance for Mr. Heid and his family immediately, the district will pay him a stipend on the last day of each month from August 31, 2018 to May 31, 2019 equal to what they would have paid the insurance company for that coverage.

Other provisions state that the district and Mr. Heid agree that his evaluation for the 2017 school year “will not be completed nor placed in Employee’s personnel file. The District agrees that any draft evaluations will be destroyed.”

They also agreed that Heid would release the district from any claims under the Age Discrimination in Employment Act of 1967.

And both parties agree not to say anything disparaging about the other.

The district entered into a contract with the Educational Service District (ESD) for the services of Ian Grabenhorst to serve as Superintendent.

The contract calls for the district to pay a flat $700 per day for the services, but expects him to work only two days per week for 34 weeks, for an estimated $47,000 for the year. 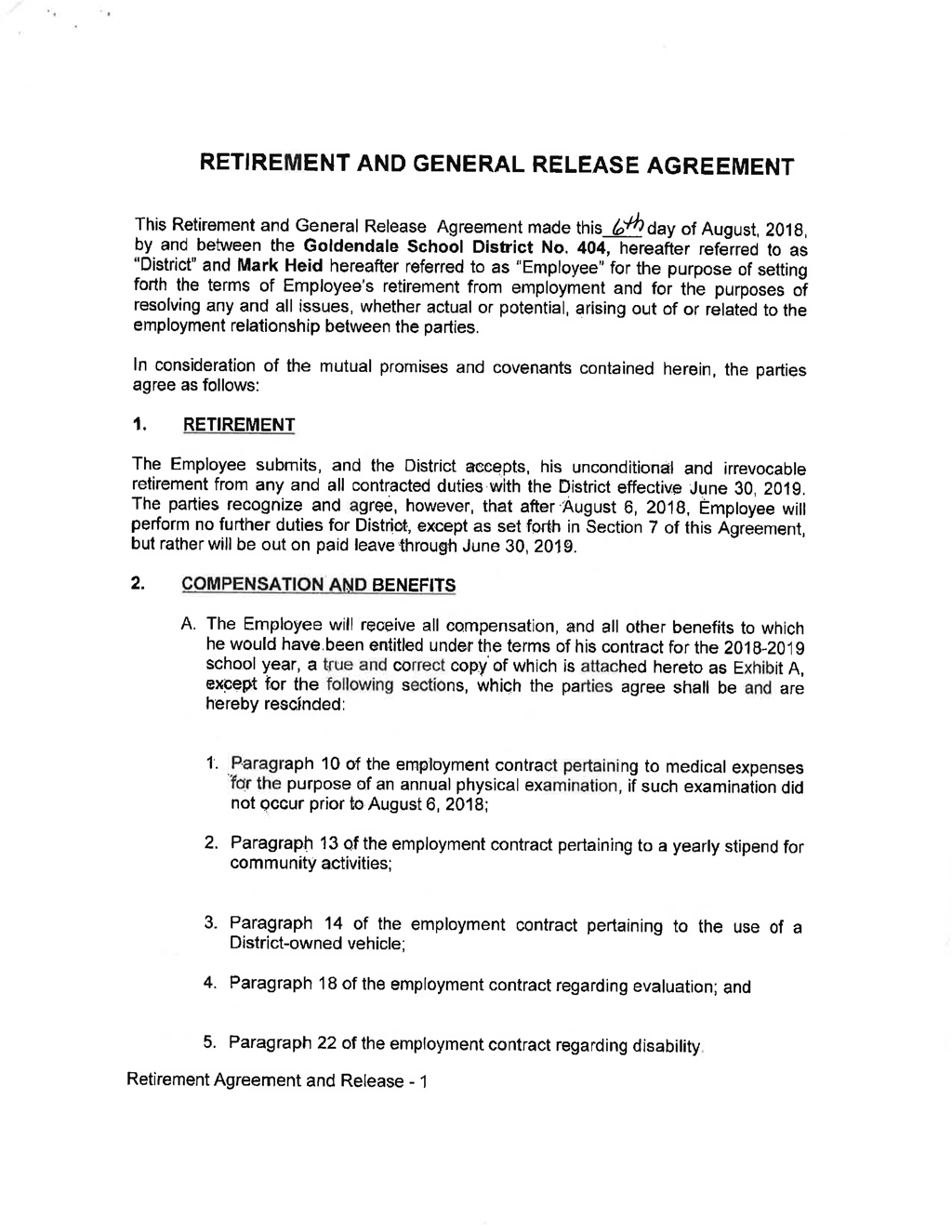 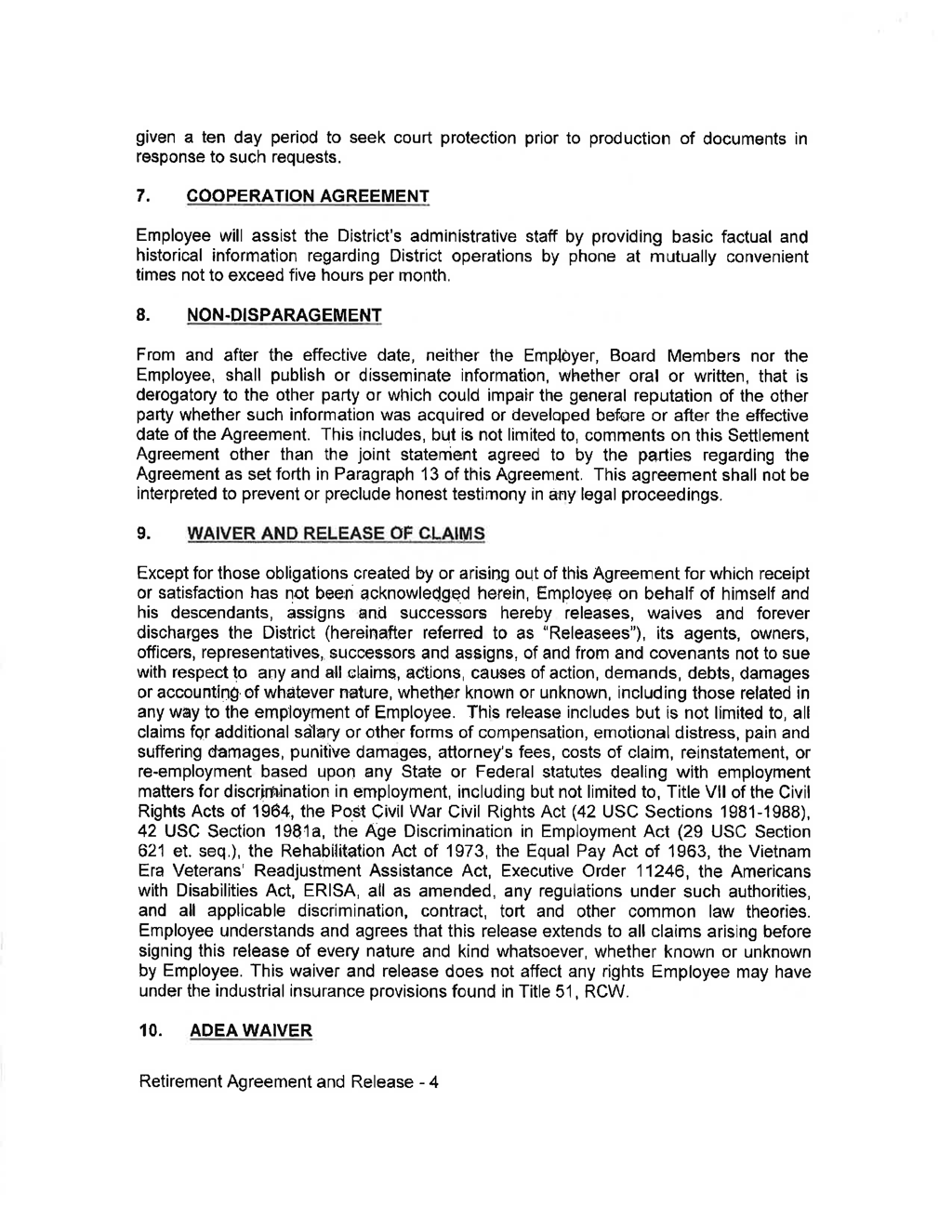 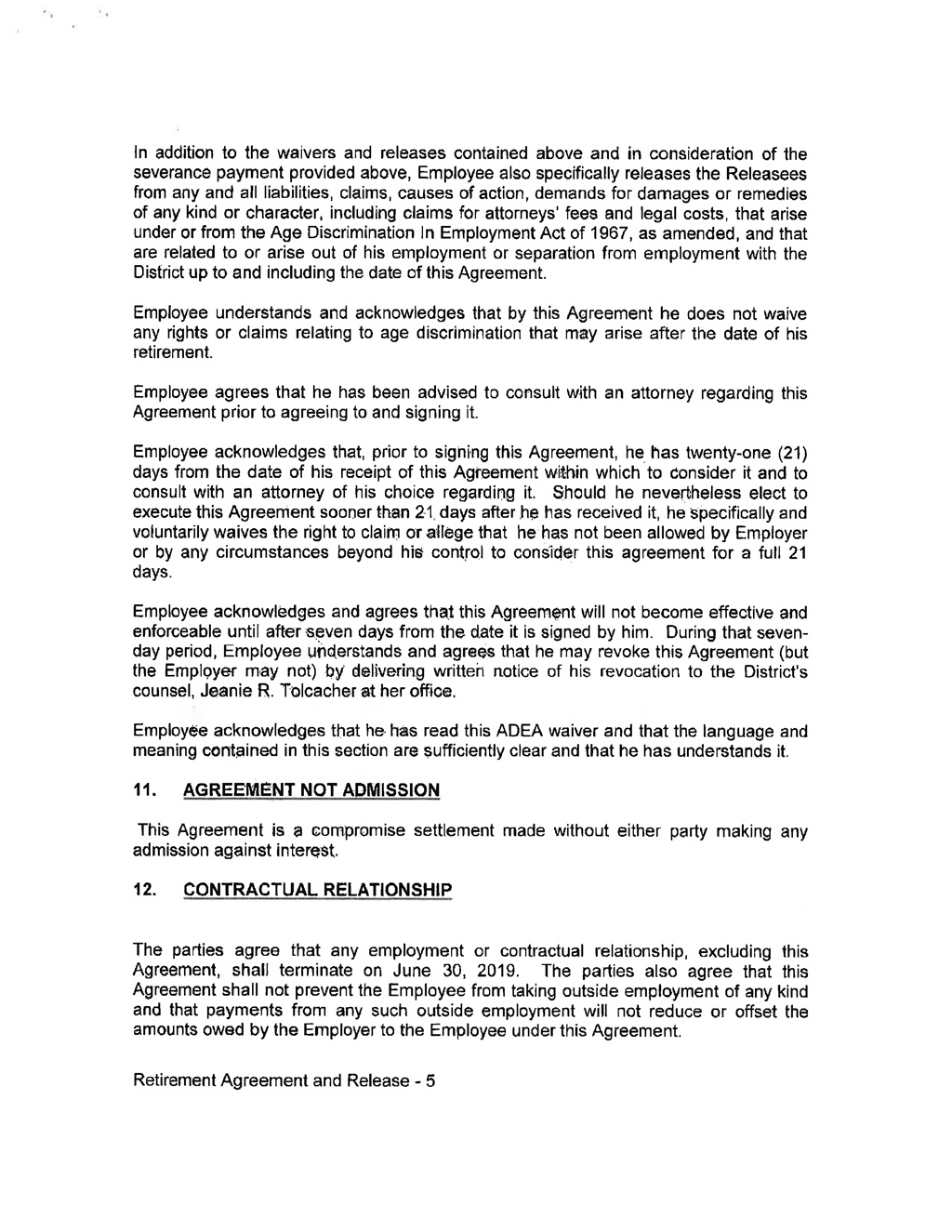 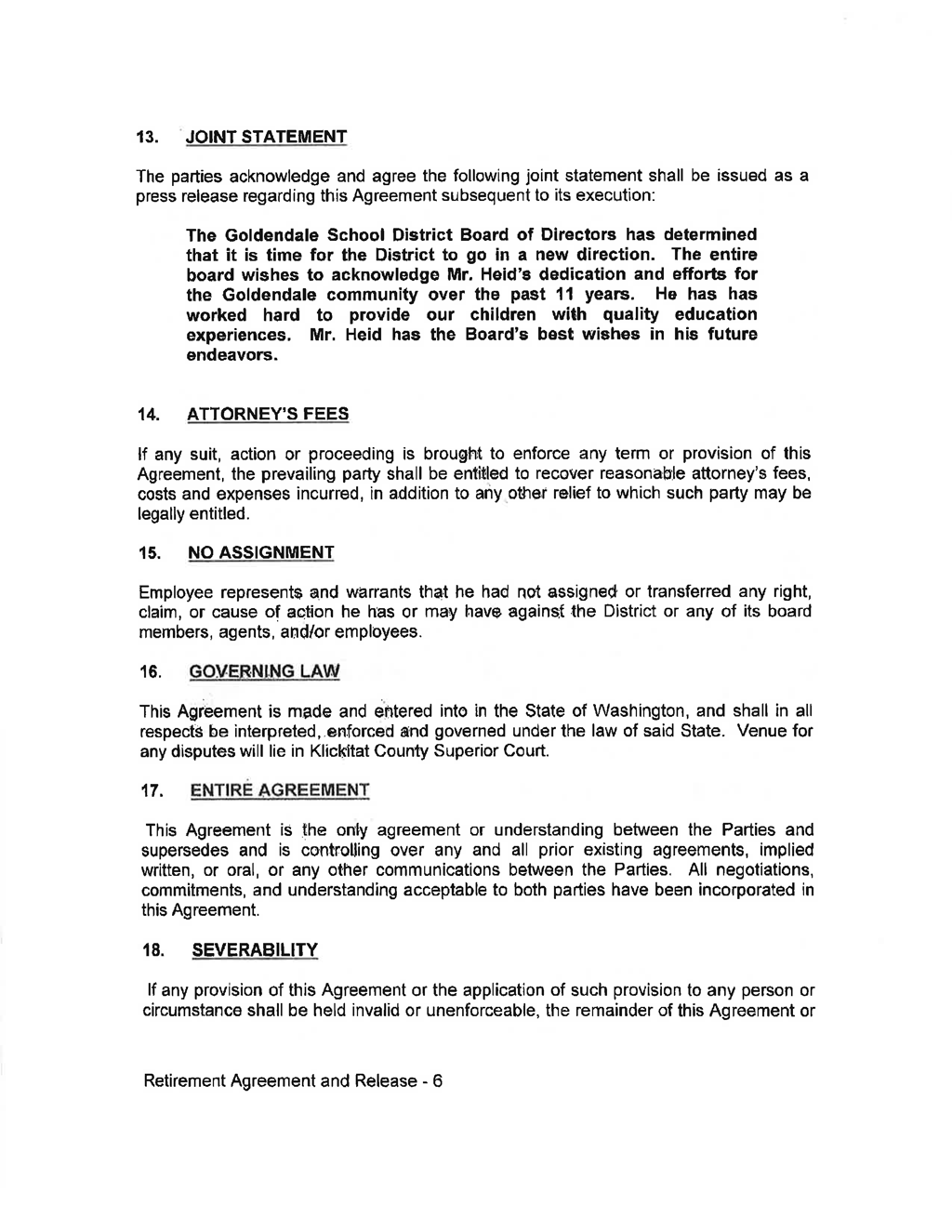