Ronald Leroy Madorin made his first appearance in Wasco Circuit Court via video from NORCOR  Monday afternoon concerning the fiery crash that injured several people Friday night.  In what was described as an “information.” Judge Janet Stauffer told Madorin that he was charged with an alleged Assault in the Second Degree, a Ballot Measure 11 crime,  potentially punishable by up to 15 years in prison and a fine of up to $250,000. She said that he was entitled to an attorney and that if he couldn’t afford one, one would be appointed for him. She then asked him if he was currently employed and how much money he made a month.  Madorin answered that he was employed and made $2,000 per month.

“You are not going to qualify for a court-appointed attorney,” she told him, “but on this matter you are entitled to hire an attorney. And you  would be entitled to have this matter go to a grand jury, [and] after that to have a jury trial, confront the state’s witnesses, evidence and testimony and present your own. You also have the right to testify or not testify and have the court [not take notice] if you decide not to testify. ”

“Y0ur honor, we ask that security remain at the level it is set,” he answered, “as there are a number of additional charges that will be forthcoming.”

He told her that those charges would be brought before the grand jury this Friday and listed several names that he could have no contact with should he make bail.

Judge Stauffer agreed and set arraignment for Monday, August 20 if the grand jury were to return true bills on the charges. 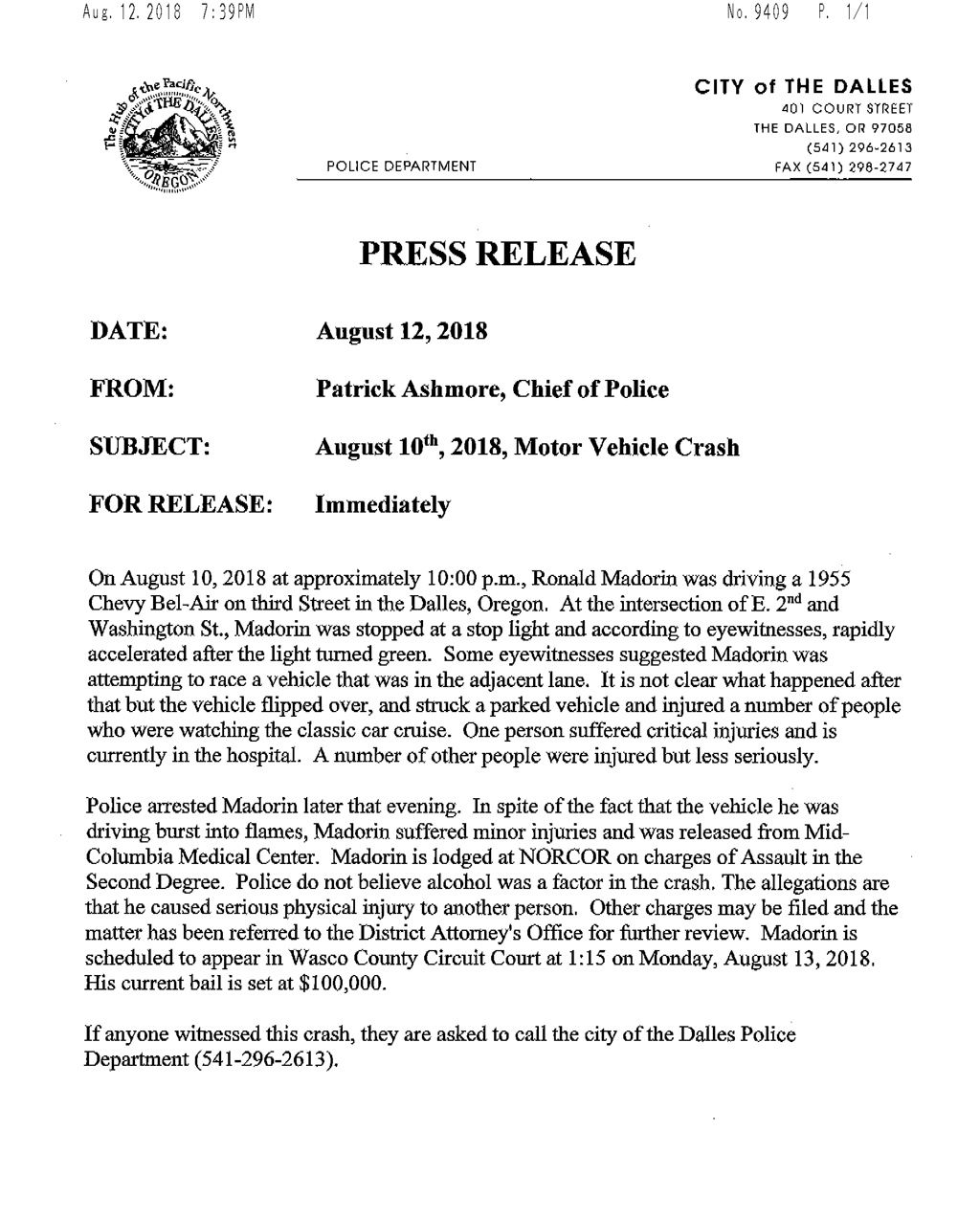