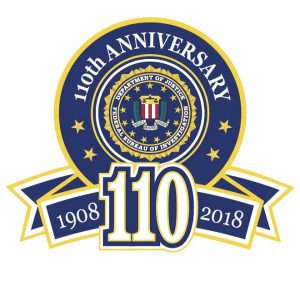 On July 26, 2018, the FBI celebrates 110 years of public service. In honor of this milestone, we reflect on our history and look forward to the future of the organization. At FBI Portland, Headquarters and across all field offices, we are highlighting the FBI’s history and recognizing the people and work of the FBI.

Much has changed since the FBI was established, but many critical attributes remain the same. The Bureau now operates in a digital world where crime not only crosses state lines, but also international borders – in the blink of an eye. Our best traditions have not changed, however – our rigorous adherence to the Constitution and the rule of law, and the guiding principles in our motto of “Fidelity, Bravery, Integrity.”

The Portland Division has been open since the earliest years of the FBI. In August 1920, it was named one of nine divisional headquarters, and its special agent in charge, F.A. Watt, was placed in administrative charge of a number of other field offices in the Northwest. Except for a short period between 1930 and 1932 when the office was relocated to Seattle, the Portland Division has been in continuous service since the Bureau’s earliest years.

“The Portland Division has a fascinating history of great case work which demonstrates our dedication to the citizens of the great state of Oregon,” said Renn Cannon, Special Agent in Charge of the FBI in Oregon. “We will continue to do the work the American people expect of us – protecting our country and our citizens from terrorism, espionage, cyber-attacks, and major criminal threats with that same dedication and commitment.”

The FBI was established on July 26, 1908, by Attorney General Charles J. Bonaparte as the Bureau of Investigation with just 34 special agents, and was officially renamed the Federal Bureau of Investigation in 1935. The FBI has grown to nearly 37,000 employees, including more than 13,500 special agents and over 22,800 professional staff employees in 56 field offices, more than 400 resident agencies, and 90 legal attaché offices and sub-offices worldwide.