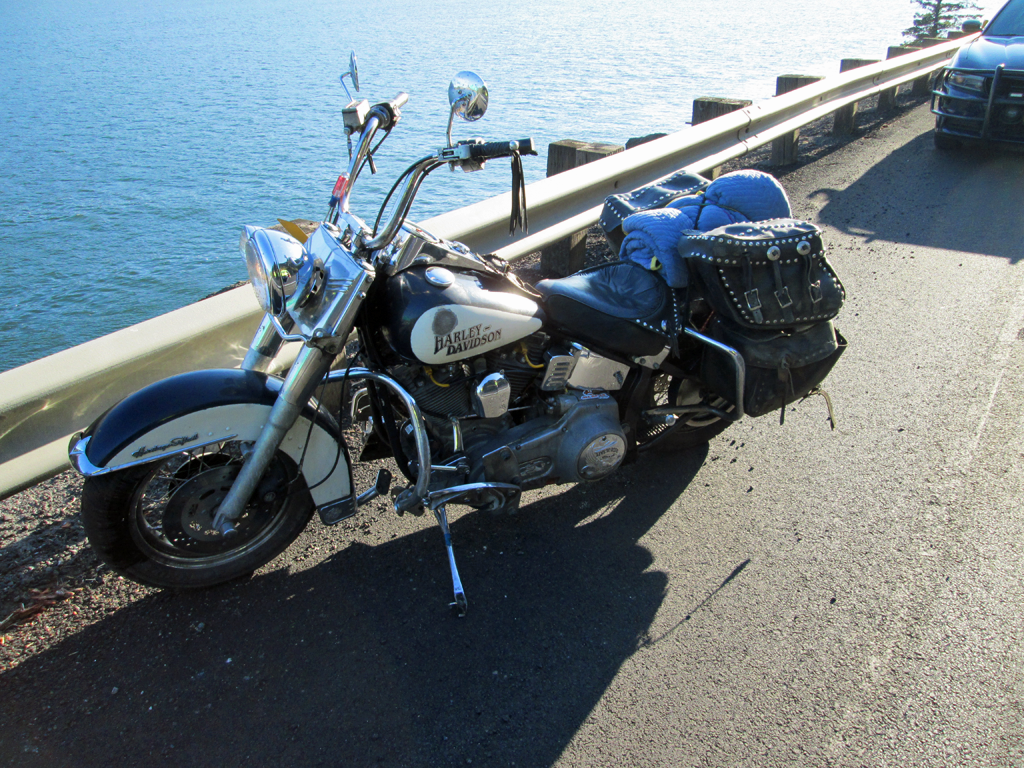 A press release from theOregon State Police: On Wednesday,July 25that approximately 6:47AM, OSP Troopers from The Dalles responded to the report of a single motorcycle crash westbound on I 84 near milepost 69, which is just west of Mosier in Wasco County.

OSP and Hood River Medics arrived at the scene within 15 minutes of the reported crash.  The operator of the motorcycle was determined to have succumbed to injuries sustained in the crash.  Preliminary investigation revealed the operator, 60 year old Mike Layton WALLACE, was traveling westbound in the slow lane at or just below the speed limit.  A witness who was following WALLACE, observed him reach back towards a saddle bag along the left rear side of the motorcycle when he lost control and began to wobble back and forth.  WALLACE was ejected off the motorcycle and came to rest along the shoulder.  The motorcycle continued to travel under its own power before stopping along the center median approximately 1000 feet from WALLACE.

Distracted driving appears to be the cause of this crash.  It was also determined WALLACE was not utilizing a DOT approved helmet, however this did not factor into WALLACE’s injuries.  The freeway was limited to one lane of travel for approximately 2 ½ hours as the investigation was completed.  The Oregon State Police was assisted by Hood River Fire, Mosier Rural Fire and the Oregon Department of Transportation.