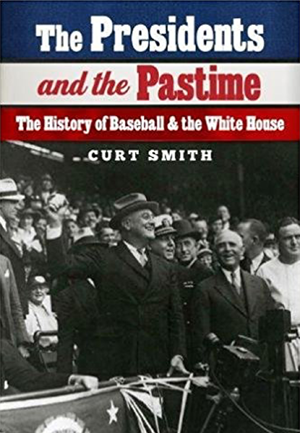 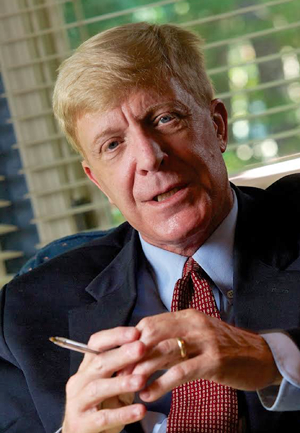 The book is subtitled “The History of Baseball and The White House,” and you can’t imagine a more thorough or captivating account. Whether your dip in at random or read it straight through, Smith’s stories will open your eyes about a number of presidents, and provide you with some great anecdotes to share.

The Presidents and the Pastime draws on author Curt Smith’s extensive background as a former White House presidential speechwriter and as what USA Today calls “the voice of authority on baseball broadcasting” to exhaustively chronicle the historic relationship between baseball, the “most American” sport, and the U.S. presidency.
Smith starts in the Revolutionary War, each side playing a form of baseball, then charts how it cemented a niche as America’s pastime in the nineteenth century, with presidents
such as Lincoln and Andrew Johnson playing “town ball” or giving employees time off to watch. Next, Smith tracks every U.S. president from Theodore Roosevelt to Donald Trump, each chapter filled with anecdote: Roosevelt, disliking baseball but keeping silent due to its appeal; successor William Howard Taft, coining the presidential rite of throwing the Opening Day “first pitch”; Woodrow Wilson, baseball his only refuge while braving strokes that killed him.
Each chapter depicts a president’s special relationship to the pastime. Among others, a heroic Franklin D. Roosevelt, who adorns the book’s cover, saved baseball in World War II; ambidextrous Harry Truman threw the first ball left-, right-, and both-handed; John F. Kennedy’s entire family was born into Red Sox Nation; and Richard Nixon inhaled baseball like a lifelong Walter Mitty. Jimmy Carter lovingly learned it from his mother and student of the game, Miss Lillian; Ronald Reagan aired baseball on radio that he never saw—by “re-creation”; Bill Clinton grew up in Arkansas listening to Cardinals voice Harry Caray; George W. Bush electrified the nation by firing a perfect strike in the World Series at Yankee Stadium in the wake of 9/11.

Curt Smith has written seventeen books, including Voices of The Game, a monumental chronicle of baseball radio/TV adopted for ESPN TV. Recent acclaimed books include George H. W. Bush: Character at the Core (2014), Mercy! a tribute to Fenway Park’s centennial (2012); and Pull Up a Chair: The Vin Scully Story (2009), all published by Potomac Books. Smith is a senior lecturer of English at the University of Rochester, an Associated Press award-winning radio commentator, and a GateHouse Media columnist. He has hosted Smithsonian Institution, the National Baseball Hall of Fame and Museum, and XM Satellite Radio series, and written from Newsweek and Reader’s Digest to Sports
Illustrated and the New York Times.

To hear our interview with Curt Smith, click on the grey podcast bar below: