A project with the potential to prime the economic engine of the eastern gorge looked a lot closer to reality after a major meeting on the subject last Tuesday. That project, a pump storage station on the site for the former Golden Northwest Aluminum smelter, has been a long-held goal of Klickitat PUD. Recently, it has attracted the attention of major players in the electricity market who have both the money and the know how to finance and construct the facility.
The idea is both simple in concept and bold in execution. It would involve constructing two 65-acre ponds, one on the former site of the smelter and one at the top of the cliff. Each would hold 7,000 acre-feet of water. During the times when wind blows well, and the many wind turbines in the region generate more power than the grid can currently absorb, the energy would be used to pump water from the lower reservoir to the upper reservoir. When the wind dies down, and electricity is needed, water from the upper reservoir can be released through a large pipe, turning a turbine to generate that electrical power as it rushes to the lower reservoir.
Many factors come together to make this an attractive and very green project:
• It’s a closed system with absolutely no waste or pollution
• It can offset the variable electric output of wind and solar projects, which would allow for more such projects in the area
• Once built and filled, it would need only 700 acre feet per year  to replace water that is lost to evaporation.
• Klickitat PUD has the water rights that originally belonged to the aluminum company and only a fraction is needed to keep the reserviors full. Additional water rights are needed to fill the reservoirs inititally, however, the Department of Ecology is supportive of the acquisition of these temporary rights
• The topography of the area has been described as “one of the best in the nation” for a pump-storage project, with more than 2,000 feet of vertical with more than 2,000 feet of vertical rise or “head” over barely a mile of horizontal distance
• The site is within sight of Bonneville Power Administration’s John Day substation, which is the north end of one of the two major transmission lines to California.  This substation also receives power from 4,000 MWs of wind generation, which makes it a prime site to provide services to wind projects in the Gorge
• It would store 14,745 megawatt-hours of electricity — more than 100 times the capacity of the largest battery-storage project under construction by Telsa in Australia
• The pump-storage system can provide 1,200 megawatts of capacity.
• The project would generate an estimated $1.4 billion over the construction cycle, including $366 million in wages, and provide an estimated 114 permanent jobs
• Attempts to build new natural gas-fired plants in the region have been fiercely opposed by environmental groups
• Earlier efforts ran into problems from officials concerned that the lower reservoir would interfere with cleanup of the aluminum plant site. This time the application includes a letter from the Washington Department of Ecology supporting the project and Maia Bellon, director of Ecology was there in person at the meeting
More than 40 officials and stakeholders showed up for the May 15 meeting, including executives and technicians from the two major potential investors, National Grid and Rye Development. The crowd included staff members from Governor Inslee, Congresswoman Jaime Herrera Beutler and US Senators Cantwell, Wyden and Merkley. Washington State Senators Curtis King and Jim Honeyford and State Representative Gina Mosbrucker were there in person along with Klickitat County Commissioner Dave Sauter, PUD Commissioner Randy Knowles, Sherman County Commissioner Joe Dubalskis and Gilliam County Judge Steve Shaffer. Several people from the Washington Utilities and Transportation Commission, the state’s Department of Commerce, Building and Construction Trades Council and the International Brotherhood of Electrical Workers were in attendance, as was Robin Tyeman, British Consul from Seattle.
Following a short informational meeting at the PUD, the group boarded a bus for a tour of the site, followed by lunch at Maryhill Museum.
FERC, the Federal Energy Regulatory Commission,  granted a preliminary permit for the project in March, and though final approval, if granted, is several years away, there were plenty of smiles visible in the crowd.
About National Grid
Players just don’t get much bigger than this. National Grid owns the electrical and natural gas distribution systems for England and Wales, with some 30 million customers. Another division of the company operates in the United States with more than 20 million customers in the Northeast. Thursday, May 17 the company released full fiscal year results, showing the company had a profit of £3.493 billion, or $4.71 billion U.S.
About Rye Development, LLC
The company is privately held, with limited information available, and bills itself as the largest developer of new hydropower in the U.S. It’s been granted Federal Energy Regulatory Commission licenses in Kentucky, Pennsylvania and for four projects in the Yazoo River Basin in Mississippi, among others, and is working with a number of investors on additional projects.
Wind online capacity by county (mW)
Kern/California                 3,170
Nolan/Taylor/Texas         1,510
Klickitat/Washington       1,247
Sherman/Oregon              1,057
Solano/California             1,032
Benton/Indian                     986
Gilliam/Morrow/Oregon    917 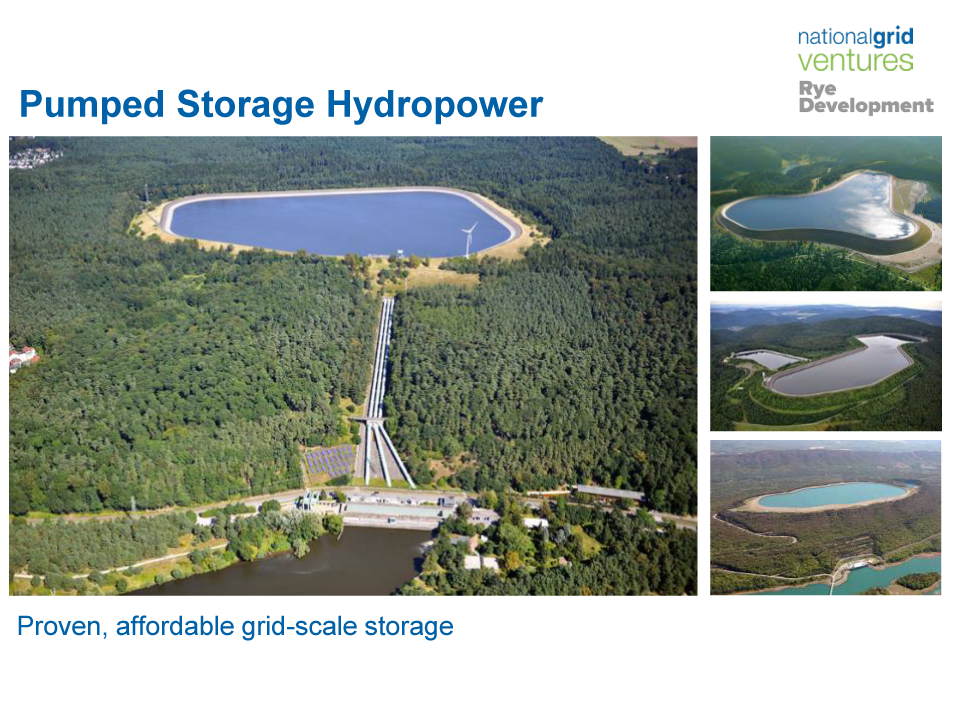 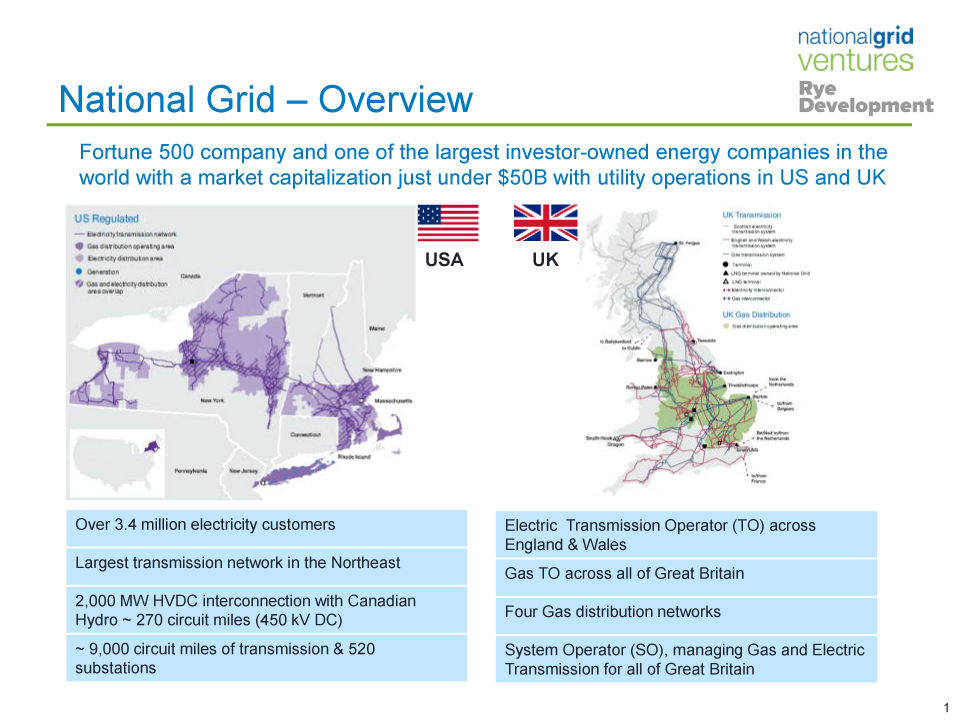 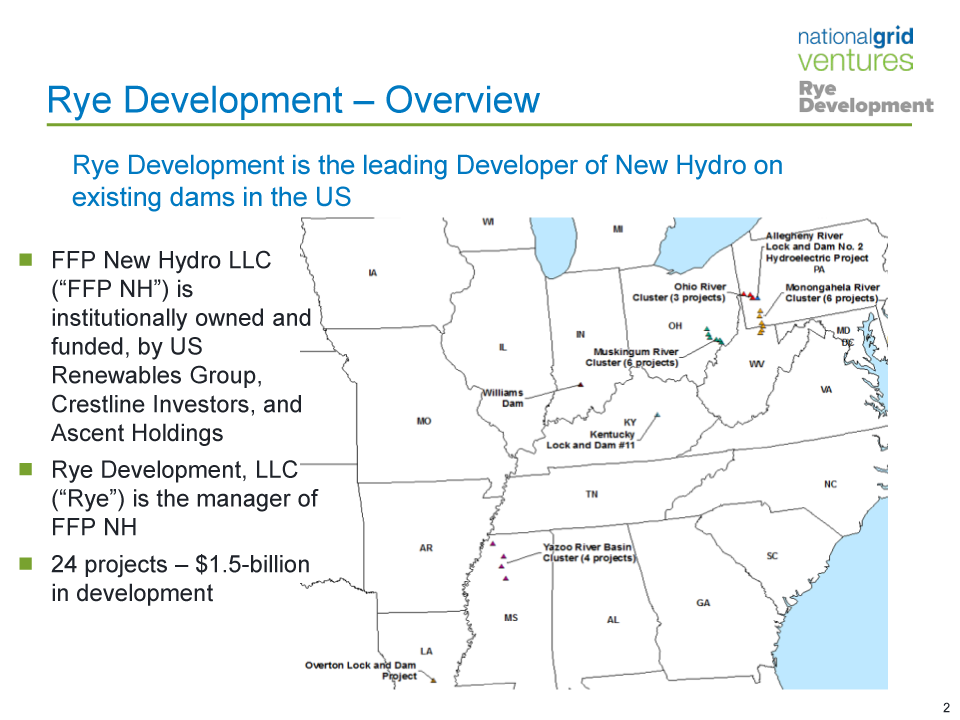 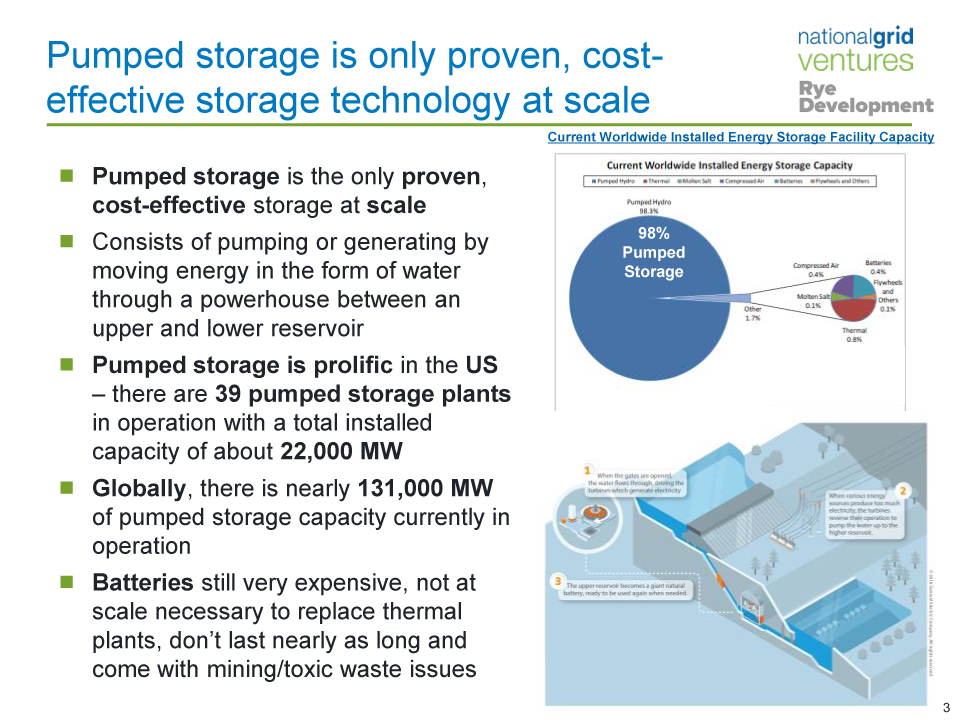 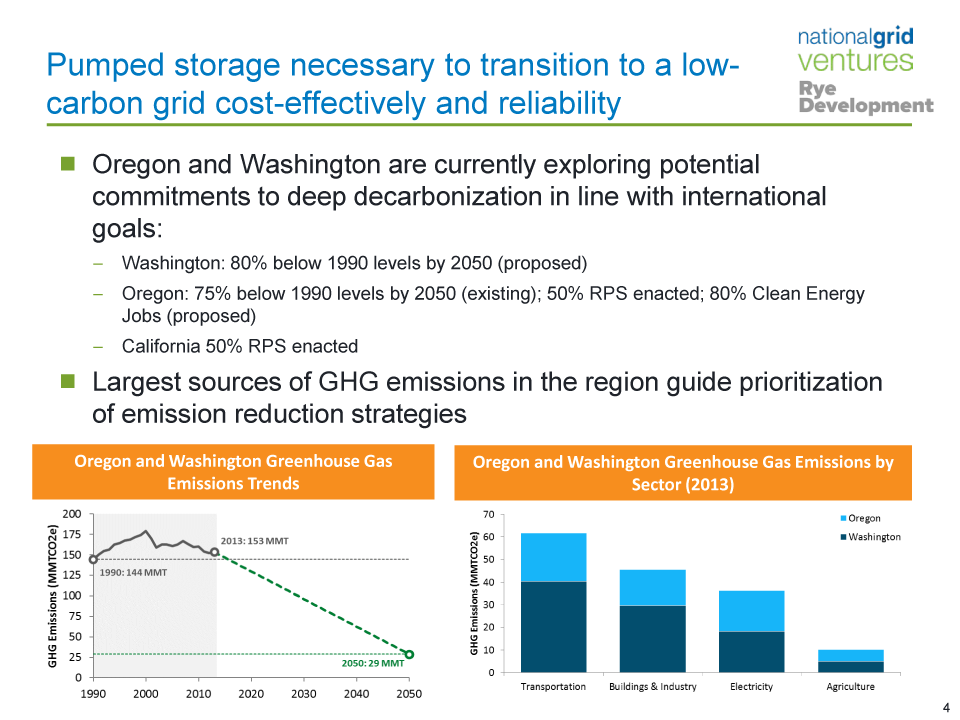 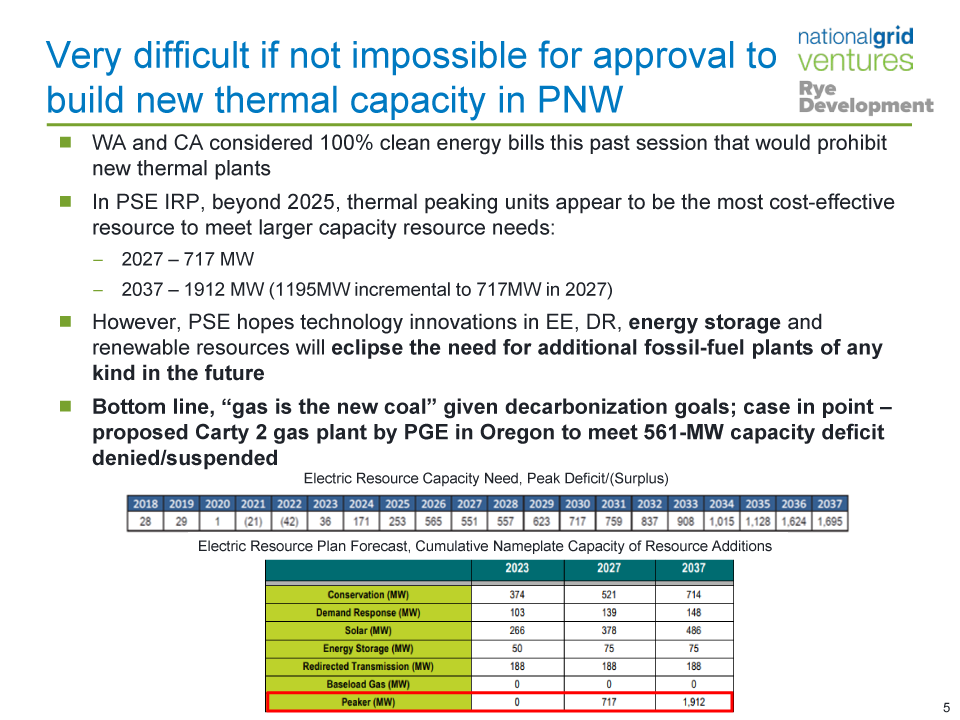 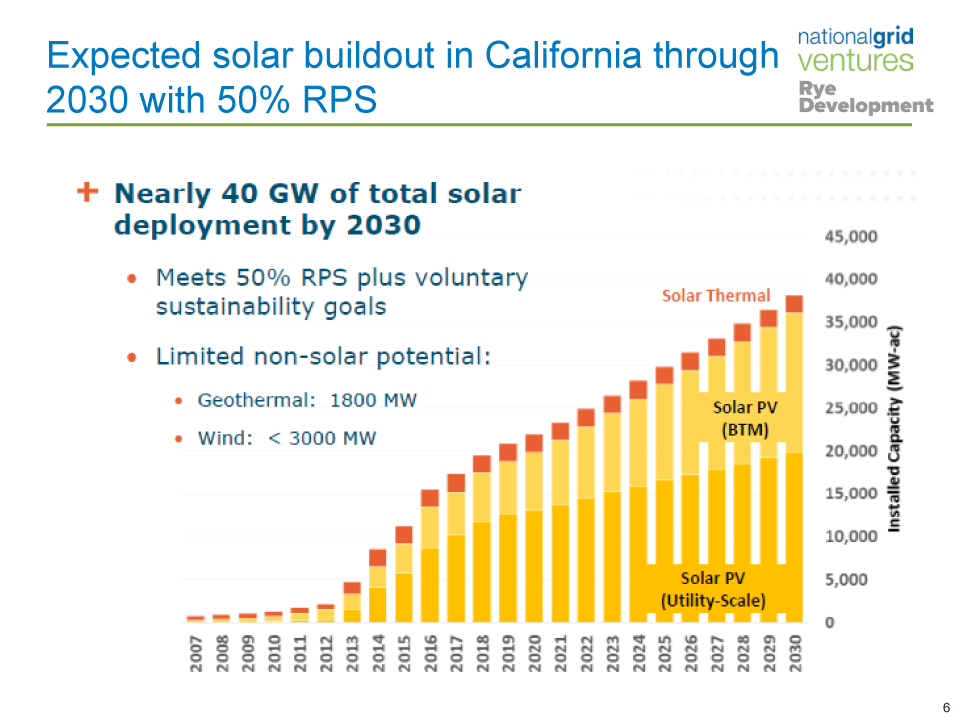 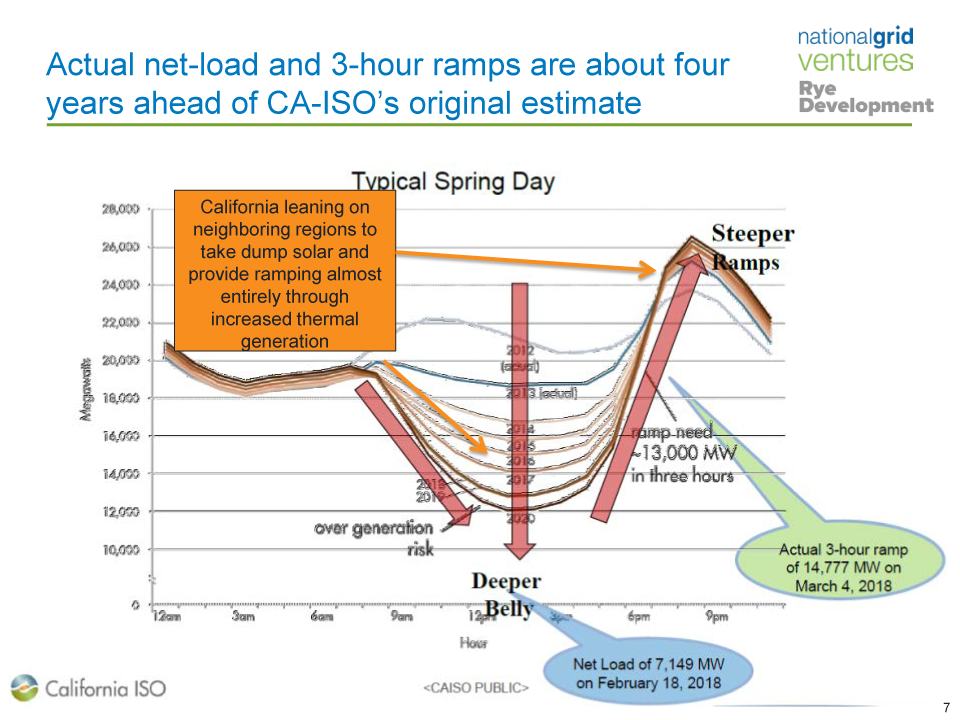 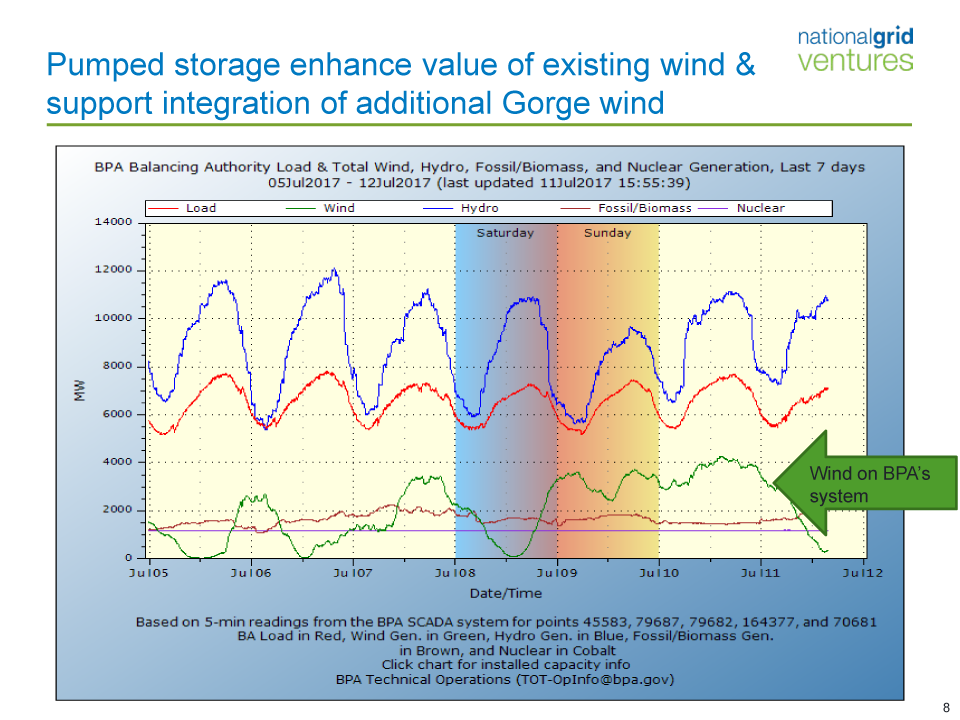 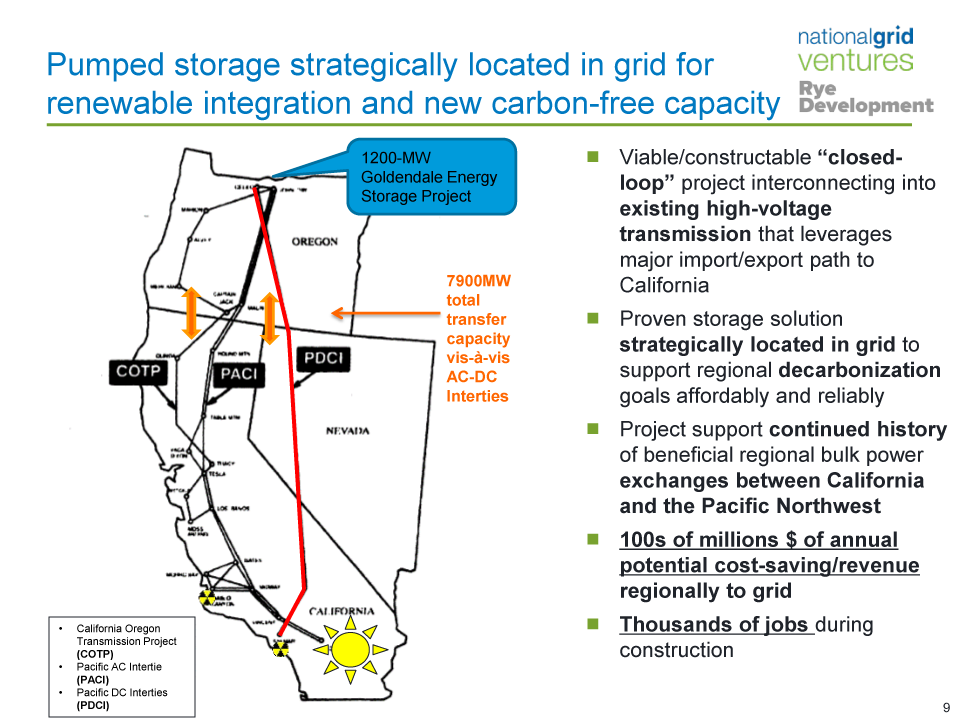 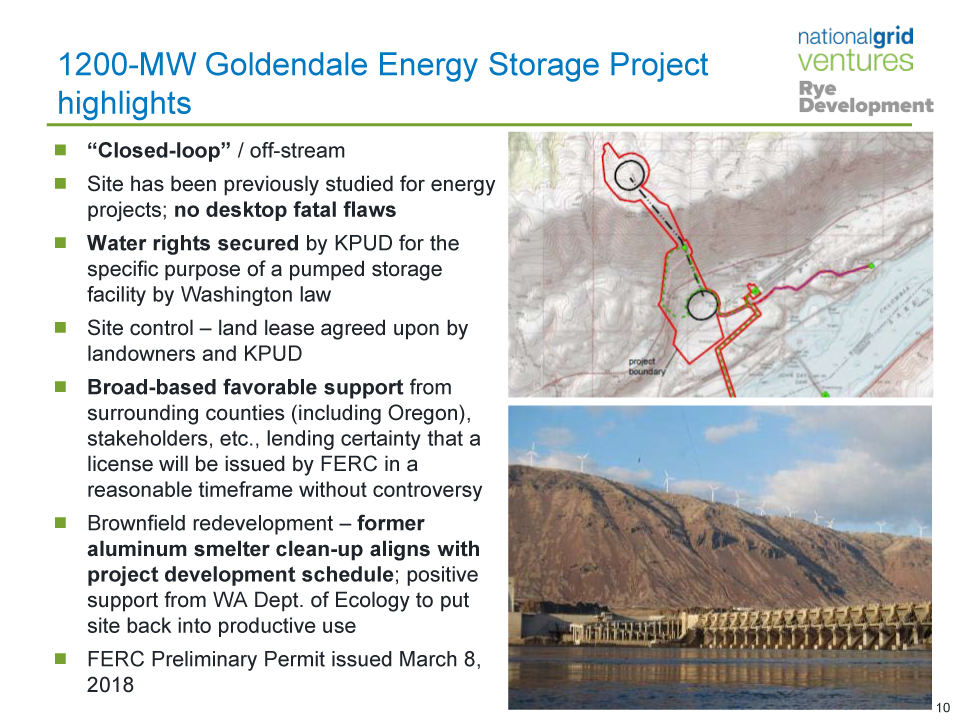 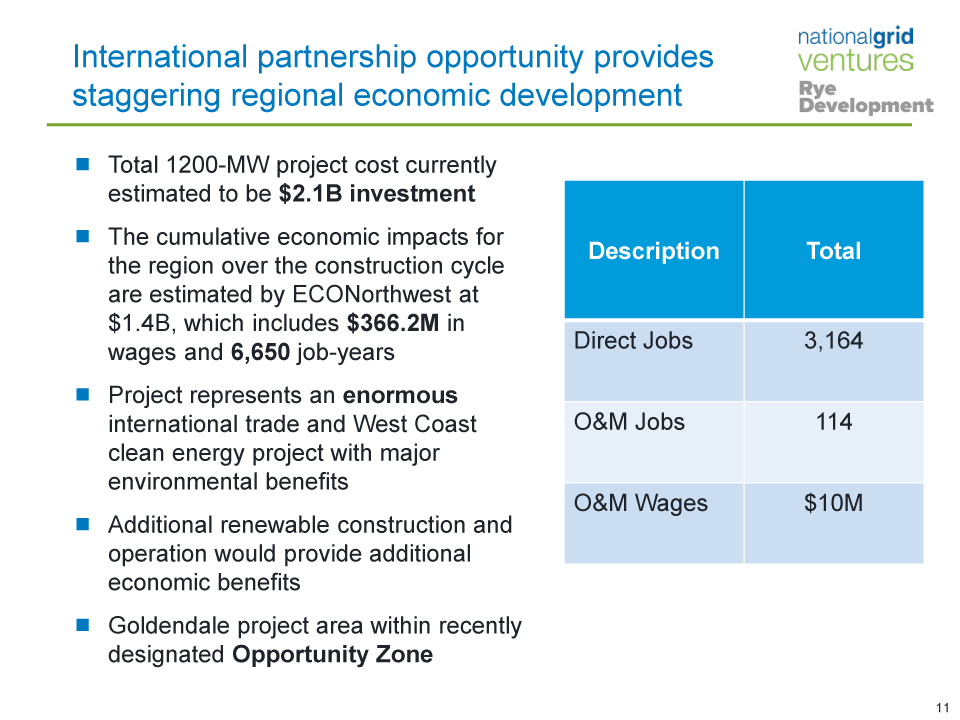