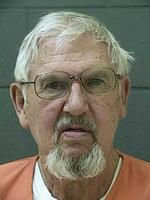 HOOD RIVER, ORE. – On May 7, 2018, detectives from the Hood River County Sheriff’s Office arrested 77 year old Kenneth Gordon Lolley of Hood River, for sex abuse.  Lolley was the former owner/operator of a Tucker Road pottery store where he taught classes to adults and children.  He was arrested in 2013 and ultimately convicted in 2015 of numerous sex offenses.  Lolley was sentenced to 54 months in prison as a result of the conviction.

Recently, investigators identified a new victim from events occurring before Lolley’s 2013 arrest.  On Tuesday, Lolley was released from the Oregon State Penitentiary and subsequently arrested by detectives when he returned to Hood River.  Lolley was transported and lodged at NORCOR on charges of Sex Abuse in the First Degree.

The investigation is ongoing.  Detectives are asking for anyone that may have information on this case or another involving Lolley, to call the Hood River County Sheriff’s Office Tip Line at 541 387-7077.