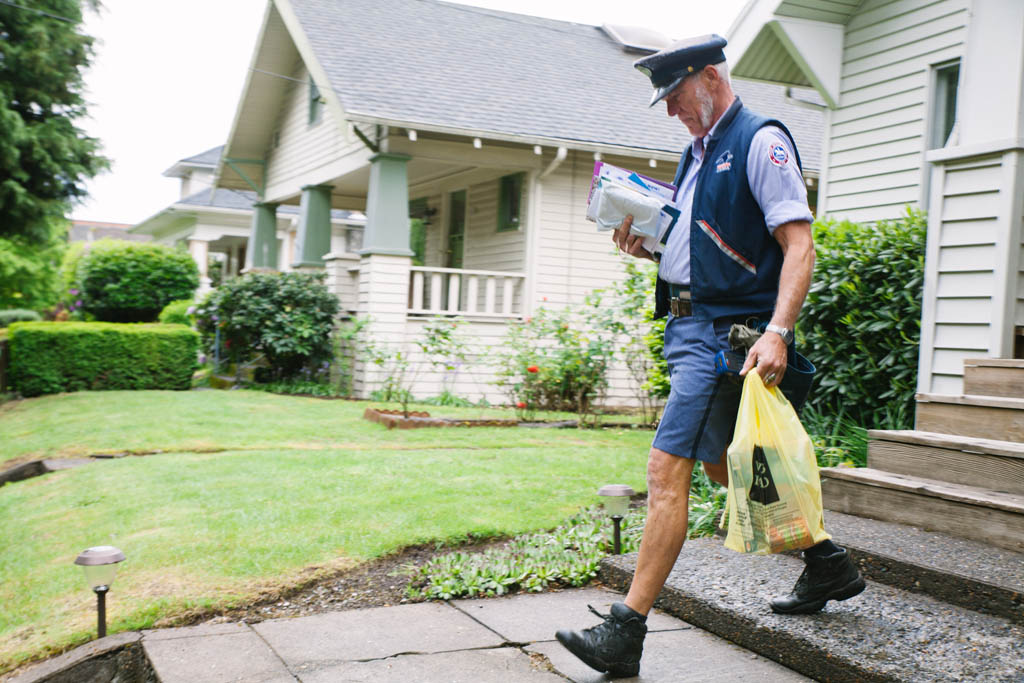 On Saturday May 12, letter carriers will be doing more than just dropping off the mail; they’ll also be collecting food for the annual Stamp Out Hunger Food Drive. Hosted by the National Association of Letter Carriers, Stamp Out Hunger takes place around the country and is the largest single-day food drive.

You can take part by collecting nonperishable food items and leaving them in a bag near the mailbox early on May 12. A letter carrier or volunteer will pick up the donation and ensure it gets to Oregon Food Bank. Last year, one million pounds of food was collected in Oregon and Clark County, Washington. This year’s goal is 1.2 million. All donated food stays in the community where it was collected.

“Six days a week, our letter carriers are out in the community, traveling door to door. They see the subtle changes in income and know which house is struggling to put food on the table,” says Oregon Food Bank CEO Susannah Morgan. “We are proud to work together again this year to nourish and care for every neighbor.”

Peanut Butter and Almond Butter (low or no sugar)

Donations not picked up by letter carriers can be dropped off at any post office by Wednesday, May 16. Financial donations can be made online at give.oregonfoodbank.org/NALC.

The food drive is made possible by your local letter carriers, the U.S. Postal Service, UFCW Local 555, AWS Elemental Technologies along with many volunteers and community organizations.