The Wasco County Sheriff’s Department responded to report of a stabbing Wednesday in Celilo Village. According to a press release from Detective Sergeat Jeff Hall, the call came in at 6:05 yesterday morning of an incident between a man and a women, both of whom were injured and transported to Mid-Columbia Medical Center for treatment. The release says the incident is currently under investigation and there is no risk to the public. Names were not released due to the active investigation, and anyone with information about the incident is encouraged to call the Wasco County Sheriff’s office. The Oregon State Police and Columbia River Inter-Tribal law enforcement are assisting with the investigation. 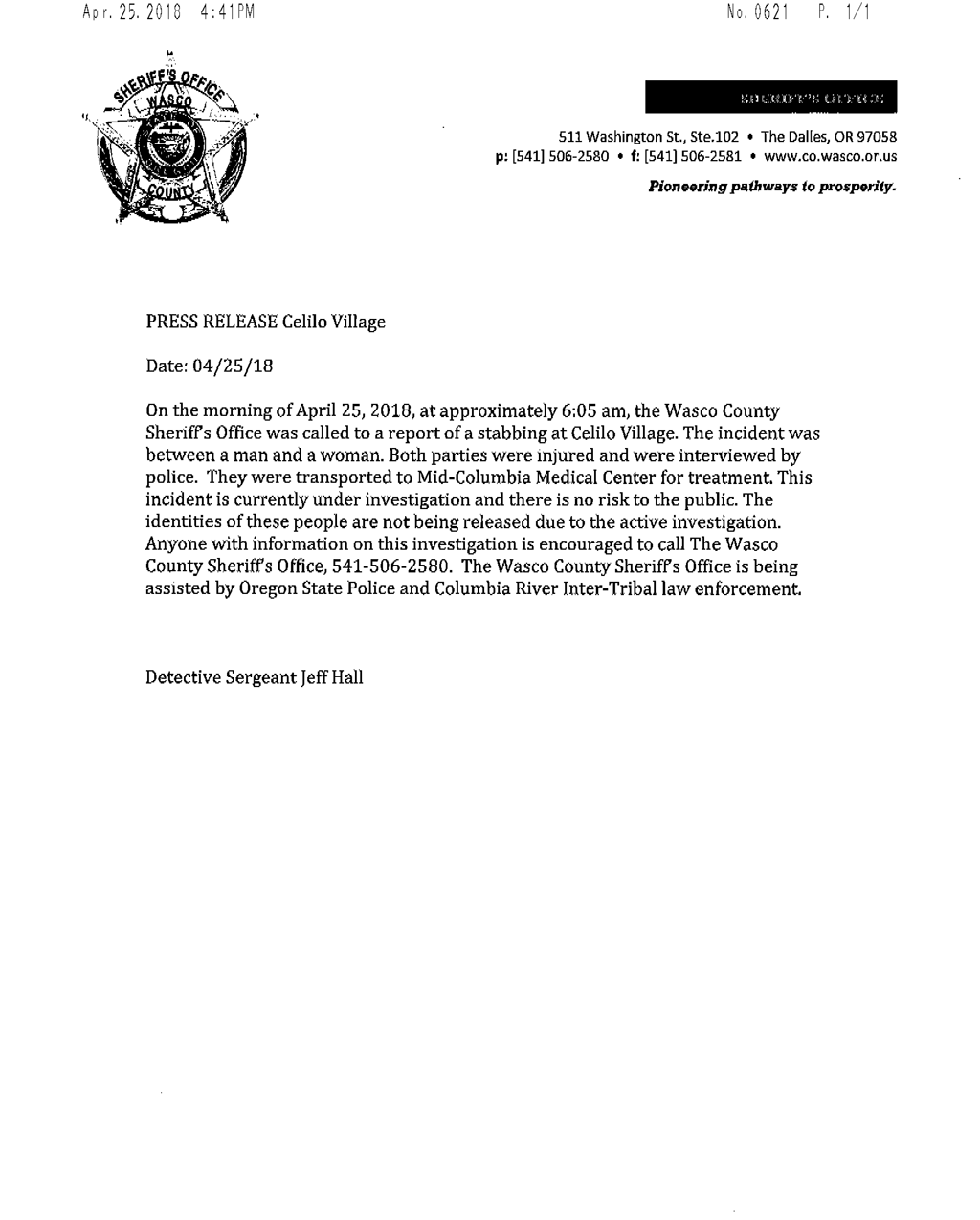