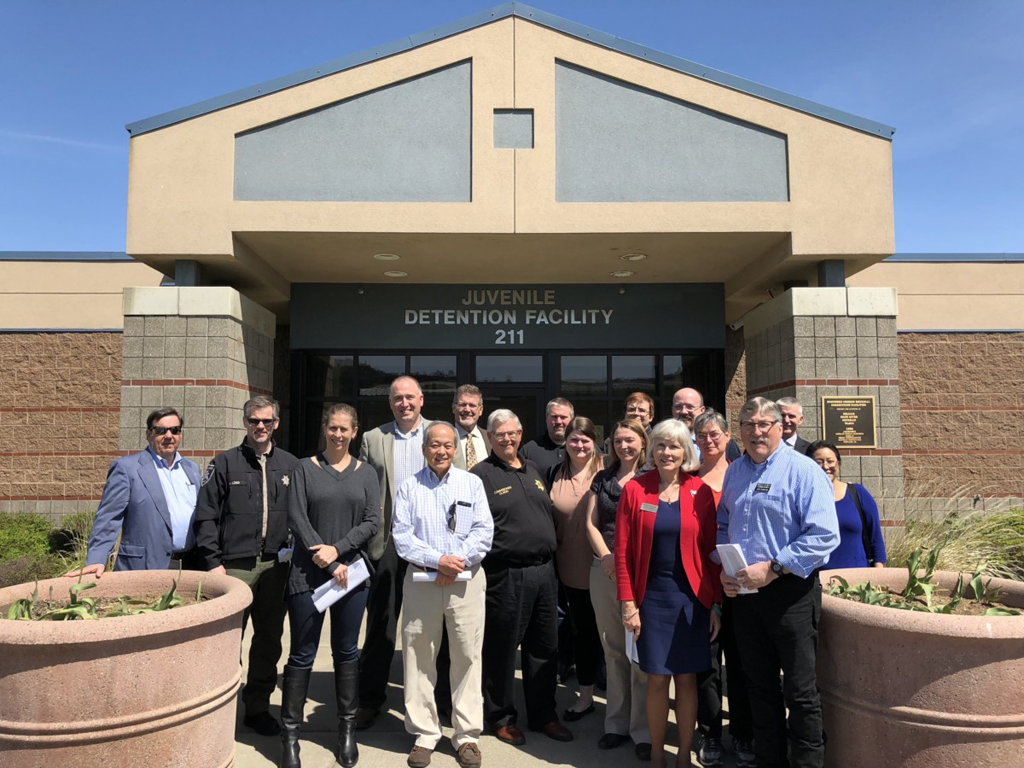 “We took a great first step toward investigating the potential for a regional jail in the mid-Willamette/mid-Coast area,” said Augerot.

AOC Executive Director Mike McArthur, who was a Sherman County Judge at the time of NORCOR’s creation, provided some background and history on how NORCOR was formed.

Wasco County Commissioner Rod Runyon, Wasco County Juvenile Director Molly Rogers, and NORCOR Administrator Bryan Brandenburg were also on hand to welcome the group and give them a tour of the facility.

“Our four counties have had a good partnership,” said Runyon.