Confusion over The Independent Party of Oregon’s Open Primary

The Wasco County Elections Office has been fielding several inquiries about ballots after recent articles in the news about The Independent Party of Oregon opening its primary to non-affiliated voters. Here are some points we’d like to let everyone know in an attempt to clarify the situation:

So why is there so much confusion?

Wasco County voters will start seeing new envelopes with the upcoming Primary election. In general, envelope styles change over the years due to changes in language, or mail requirements, or both. We want to alert voters to these changes so they aren’t concerned about receiving something new.

In the January Special Election, some voters received a Secrecy “sleeve” instead of a Secrecy Envelope. In the Primary, all voters will receive the secrecy sleeve, which looks like this: 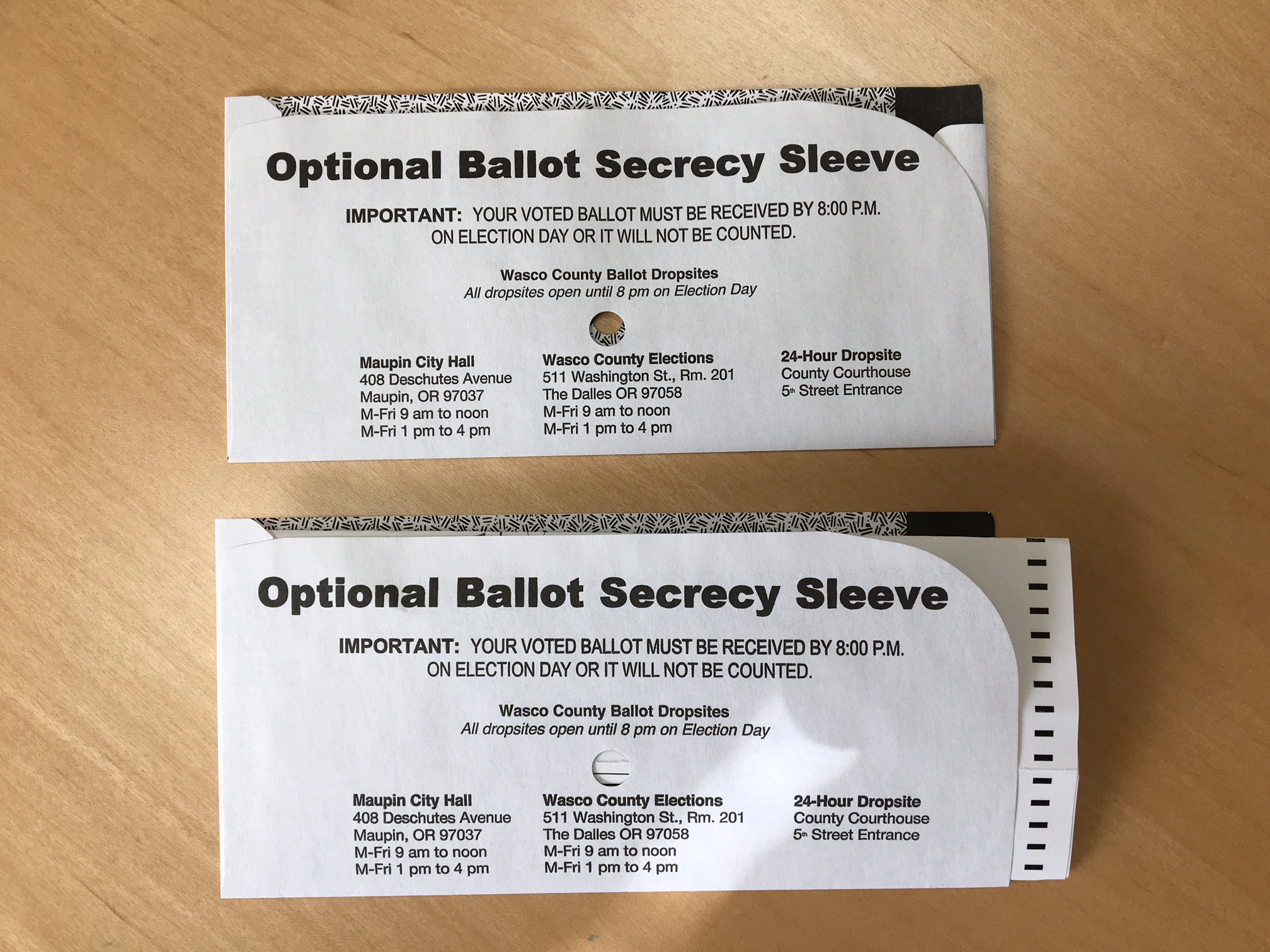 When the ballot is inserted in the sleeve, it will extend beyond the sleeve slightly on the right side. This makes it easier for election workers to see that a ballot exists, and can be easily pulled from the sleeve during the opening process:

Voters should note that the secrecy sleeve is OPTIONAL. If you prefer, you can simply place your ballot in the return Signature Envelope. If you use the sleeve, please do not use tape or fold the ballot further.

Beginning with the May Primary, some voters will receive the new Signature Envelope that is white with a bright blue stripe on the top and bottom. The front will say “Ballot Enclosed,” and the back of the envelope will have the arrow showing where to sign your name:

As a reminder, this envelope MUST be signed for us to count your ballot. Any unsigned envelopes will result in a letter from our office asking you to come sign it. Only the voter can sign the ballot – anyone else signing the ballot is a Class C Felony. Our office compares EVERY SIGNATURE to what is on file for the voter as part of elections security, so PLEASE DO NOT SIGN SOMEONE ELSE’S BALLOT.

If anyone has questions, they can call the Wasco County Elections office at 541-506-2530, email us at countyclerk@co.wasco.or.us, or visit our Elections web page at https://co.wasco.or.us/departments/clerk/current_election.php