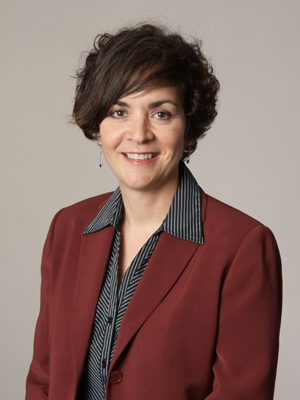 After eight months and a field of 44 applicants, Columbia Gorge Community College’s board of education Tuesday ni ght approved a contract with Dr. Marta Yera Cronin as CGCC’s next president. The decision was unanimous.

Cronin, vice president of academic affairs at Indian River State College in Florida, will become the third president since CGCC was established in 1977. During her tenure there, Indian River was twice selected as a finalist for the prestigious Aspen Prize for Community College Excellence.

She emerged with a strong vote of confidence from the board after extensive on-campus interviews with four well-regarded finalists.

“Marta’s combination of experience innovating new programs, working with a diverse student population, and guiding faculty professional development promise great things for CGCC,” said board chair Stu Watson. “She is assertive, creative and passionate about making CGCC a destination – for students and residents of the Gorge community.”

Led by board vice chair Lee Fairchild, a search committee involving a broad mix of Gorge residents spent days reviewing applications from across the country. They selected 10 semifinalists for on-line interviews in Februaryy.

“In the face of tight budgets, she also showed a track record of success in securing more than $12 million in grants. She loves to work with her team to leverage limited resources for new programs. We’re excited to have her talents and experience at CGCC.”

Cronin is fluent in three languages. She studied French as an undergraduate at the University of Miami, earned her master’s in reading from Barry University, Miami Shores, FL, and received a Doctorate of Education in Curriculum and Instruction from the University of Sarasota (now Argosy University-Sarasota), FL.

After a period of personal and professional transition, Cronin will assume her leadership role at CGCC July 1, 2018. Chief academic officer Lori Ufford continues as the college’s interim president prior to that date.

At Tuesday’s special meeting of the college board, Fairchild expressed his appreciation to the search committee and college staffers who helped in the process.