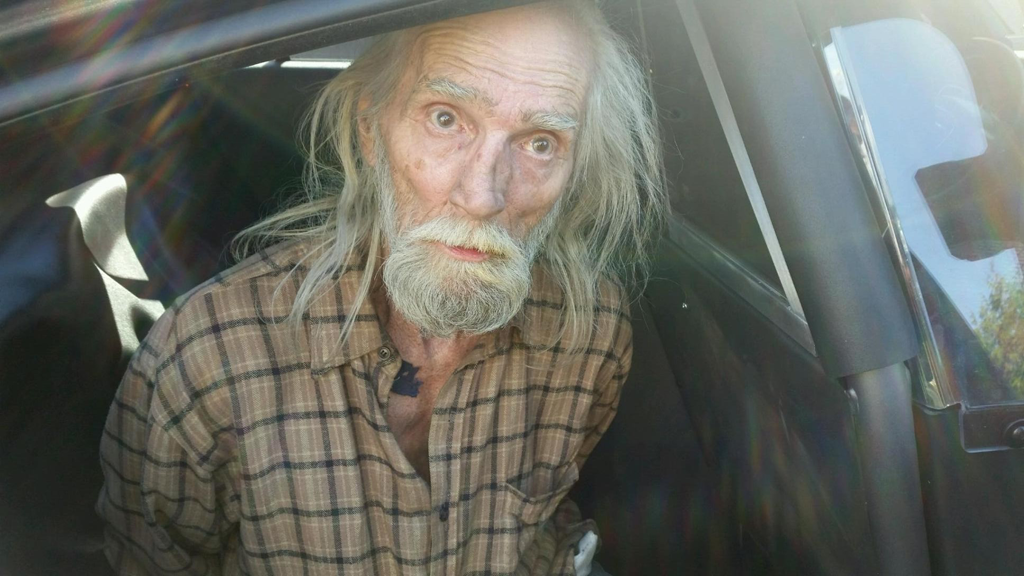 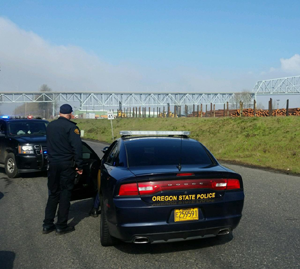 On March 19, 2018, at approximately 10:20 am, the Oregon State Police responded to the report of a suspicious item hanging from a rope on the Oregon side of the bridge near a bridge support above Dike Road. The items appeared to be two backpacks suspended by a rope that was tied off to the bridge railing. In the interest of public safety, the bridge was closed and remained closed for approximately four hours while the items were examined by the OSP Bomb Unit.

Additionally, the US Coast Guard restricted the Columbia River traffic during this time.
The OSP Bomb Unit deployed a remote robot, which was used to initially x-ray the bags. The contents of that examination were inconclusive. The Bomb Unit next utilized a high pressure water cannon mounted on the robot to safely reveal the contents of the bags. The bags were determined to contain non-hazardous items like clothing and miscellaneous personal property.

A suspect has been identified as 61 year old Samuel Abram OWEN, from Rainier. OWEN has been arrested for 1st Degree Disorderly Conduct and possession of a user quantity of methamphetamine and is being lodged at the Columbia County Jail. This incident was the result of a dispute between OWEN and another individual and there is no risk to the public’s safety.