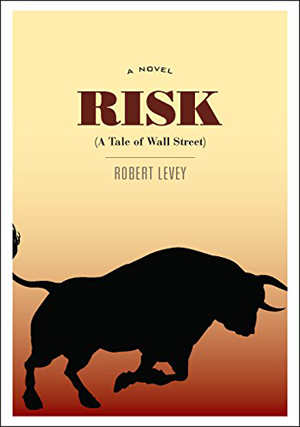 After the mortgage bond network collapsed in 2008, Wall Street was hungry for another hot product to give it and its money-obsessed minions a needed boost in sales. No one expected an upstart, a brilliant young woman, would be the author of a new type of bond that would take Wall Street by storm. Francine Dubois, the one-time drab office cipher at Urban Bank, turns her idea into a world-wide phenomenon and herself into an international power. But she soon discovers the banks are behaving the same way they did during the mortgage crisis. Troubled, those who help her, those who try to outfox her, those who would bring her down, and those who love her will all take a wild ride before the shocking, world-wide reckoning. And when the inevitable crash comes, the public blames Francine for the collapse. Facing Wall Street with few allies, she struggles to survive while regulators search for a way to save their sinking economies.

From Wall Street to Paris and beyond, “Risk” is a sweeping epic of financial madness and greed in a game played with infinitely high stakes. More than a by-the-numbers exposé, it deals in lively detail with those who risk their careers, their treasure, and sometimes their very lives on the decisions they make.

To hear our interview, click on the grey podcast bar below