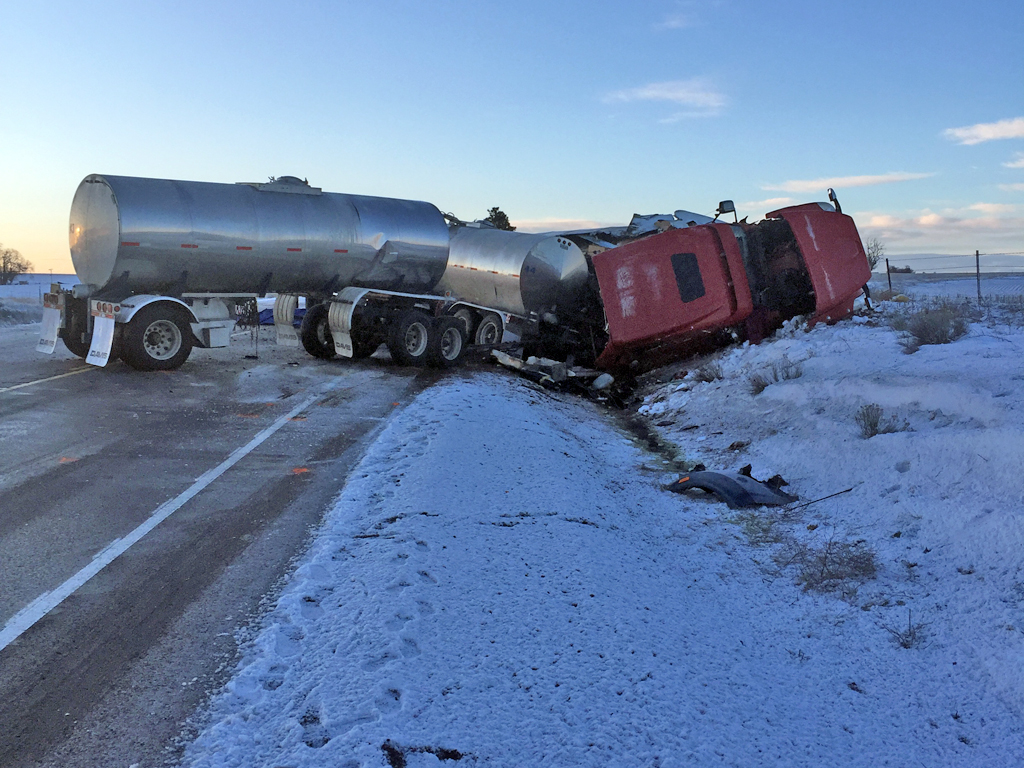 On Friday, March 2, 2018, at about 3:09 a.m., Oregon State Police Troopers from The Dalles Area Command and emergency personnel responded to a two-vehicle head-on collision near milepost 30 on US-97.

Preliminary investigation revealed, a blue Volvo commercial motor vehicle pulling a box trailer, operated by Vernon GARREN, age 33, of Sacramento, CA, was traveling northbound on US-97 near milepost 30, passing another northbound commercial motor vehicle when he crashed head-on into a southbound blue Peterbilt commercial motor vehicle pulling double tanker trailers, operated by Ronald Dwayne WHIZ, age 49, of Wapato, Washington. WHIZ was pronounced deceased at the scene. GARREN and his passenger, Neelam Priya LAL, were transported via ground ambulance to Mid-Columbia Medical Center in The Dalles, where they were treated for non-life threatening injuries.

OSP was assisted by Oregon Department of Transportation (ODOT), Sherman County Sheriff’s Office, and Sherman County Emergency Services Department. US-97 was shut down for three hours before the northbound lane was re-opened.

This is an on-going investigation and more information will be released when available.