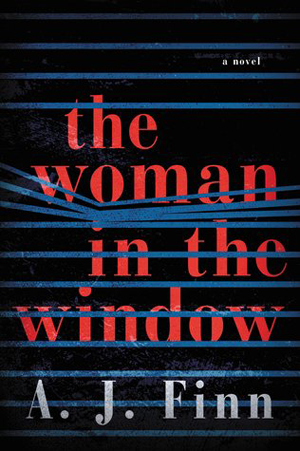 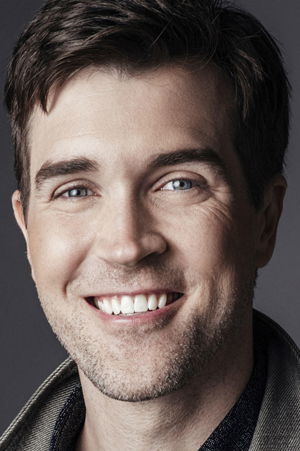 Intricate, atmospheric, and utterly spellbinding, The Woman in the Window is one of the most eagerly anticipated literary debuts of the decade—a Rear Window expertly and thrillingly re-imagined for our time, with comparisons being drawn to major publishing events like Gone Girl and The Girl on the Train.

The most widely acquired novel of all time prior to publication, he Woman in the Window has been sold in 38 territories around the world, and Fox 2000, the makers of Life of Pi and Hidden Figures, preempted the film rights, with Oscar winner Scott Rudin producing and Pulitzer Prize-winning playwright Tracy Letts writing the script.

What’s behind all the excitement?  A gripping psychological thriller about an agoraphobic woman who believes she has witnessed a horrible crime in a neighboring house, combined with one of the most appealing and intelligent heroines in recent fiction, laced with stunning turnarounds, and brimming with allusions to classic suspense films.  And who’s the writer behind it?  A top young book editor who studied mystery and suspense fiction at Oxford University, who now publishes the work of Agatha Christie, and whose own writing is crafted in homage to the classics from Hitchcock and Highsmith.

A Different Kind of Thriller

At its heart, The Woman in the Window is a compulsively readable thriller that will captivate a vast audience.  Served up in 100 bite-sized chapters, its propulsive narrative is spring-loaded with startling twists and red herrings.  Designed to adjust the reader to the rhythms of a life spent in a stringently controlled environment, it then explosively disrupts that life before drawing to its shocking, unsettling, and profoundly satisfying conclusion.

Yet Finn’s first book also offers the reader a richer and more complex experience than most suspense fiction, as one might expect from a writer immersed in mystery books since childhood—who also happens to have focused on suspense fiction as both a scholar and a publishing professional.  Finn’s story is informed as well by personal experience battling incorrectly diagnosed bipolar disorder for more than fifteen years.

The Woman in the Window introduces readers to 38-year-old Anna Fox, once a respected child psychologist, now a shut-in who hasn’t set foot outside her New York City townhouse for almost a year.  She lives alone, separated from her husband and their young daughter.  As a housebound recluse, she spends her days self-medicating, watching old movies, and spying on her neighbors, whom she can often glimpse through their windows.  Anna takes a particular interest in a new family that has just moved into another townhouse opposite her own across a small park.

Then she witnesses what appears to be a horrific incident in their living room.  Unable to leave her house to investigate, she is equally unable to convince the police or anyone else to believe her. Drinking too much and taking a number of powerful prescription medications, Anna begins to wonder if she has lost her mind, or if someone is trying to make her believe that she has.

For all that, Anna Fox is remarkably strong, independent, and self-reliant.  “So often,” Finn comments,  “in suspense fiction, female characters—even those with starring roles—spend a lot of time fretting about men, or relying upon men, or generally orbiting men.  This, I think, is one of the reasons why Lisbeth Salander of The Girl With the Dragon Tattoo and Amy Dunne of Gone Girl made such an impact: Like many women, they’re more than a match for the men around them.  The heroine of my novel is a mess, and a mess largely of her own making; but I’ll say this for her: She pursues an inquiry, unravels a mystery, and tests her limits, all without the help of a man, or indeed anyone.  She might not be as crusading as Salander or as controlling as Amy Dunne, yet she’s no damsel in distress.”

ABOUT THE AUTHOR:  A. J. Finn has written for numerous publications, including the Los Angeles Times, the Washington Post, and the Times Literary Supplement (UK).  A native of New York, Finn lived in England for ten years before returning to New York City.

To hear our interview with A.J. Finn, click on the grey podcast bar below