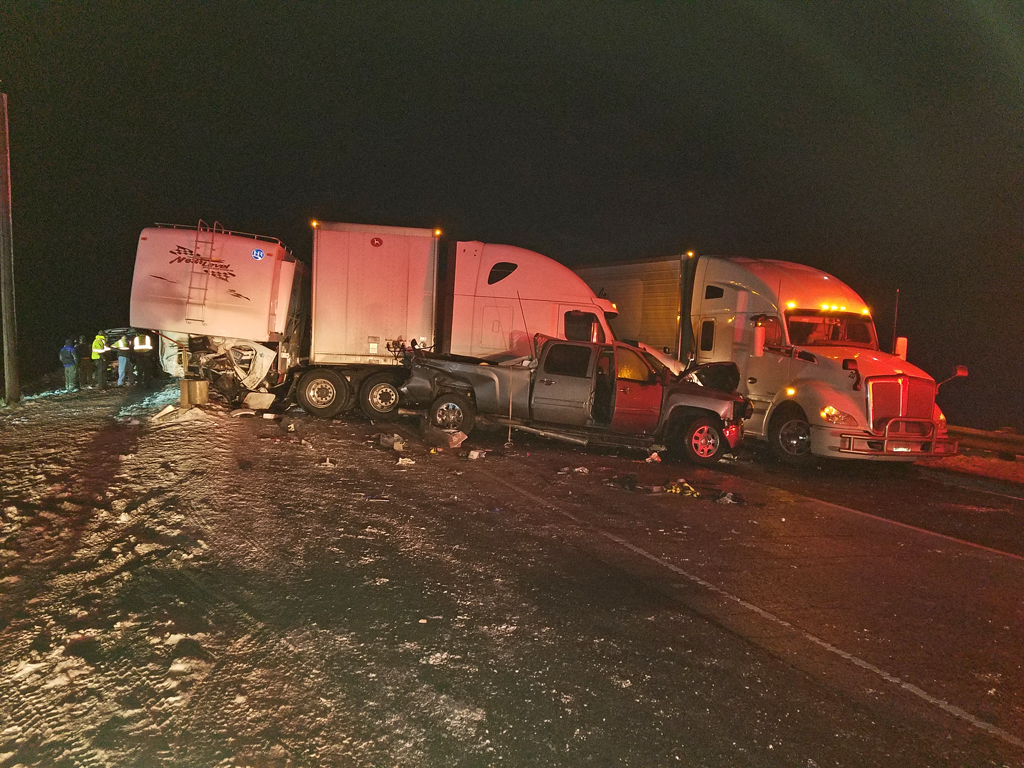 Investigators estimate that nine occupants of the collisions were transported to area hospitals for treatment and five of those were in serious condition. Because of the complexity of the investigation, no names will be released at this time.

On Saturday, March 3, 2018, at about 6:20 p.m., Oregon State Police Troopers and emergency personnel responded to the report of a multiple vehicle collision on Interstate 84 at milepost 223 westbound. A total of 20 vehicles were involved. (Seven commercial motor vehicles and 13 passenger vehicles).

ODOT closed Interstate 84 westbound lanes until it was reopened at 8:00 a.m., on March 4, 2018. This is an on-going and extensive investigation. More information will be released when available.