Recently the Portland Tribune has published articles on what has been described as “chaos” at Trillium Charter School in Portland. Some parents and other critics were quoted as saying those problems have roots in previous years when  Kieran Connolly was executive director. Mr. Connolly is currently executive director at Mosier Community School. On February 28, the Mosier Community School issued a letter to those with concerns. 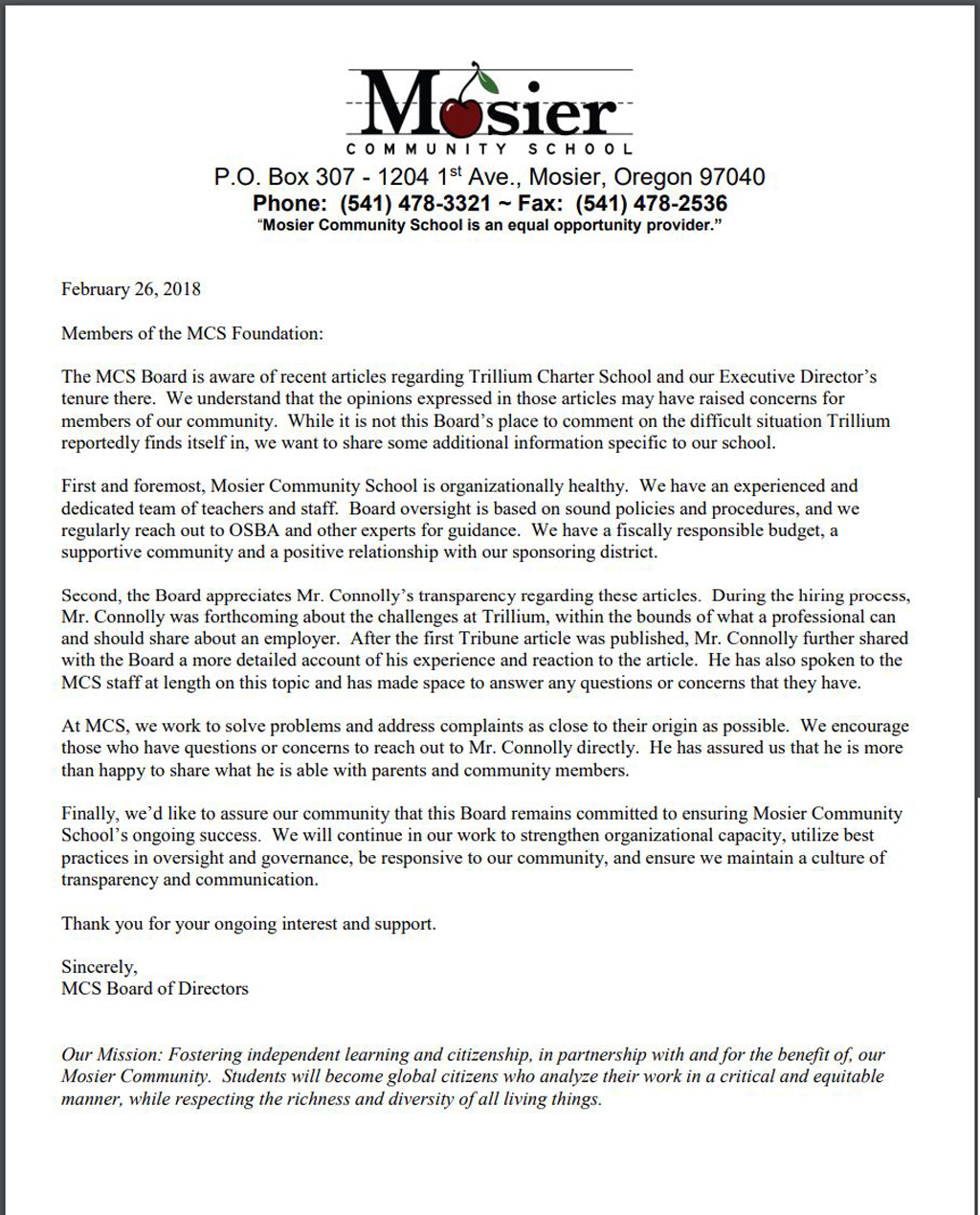