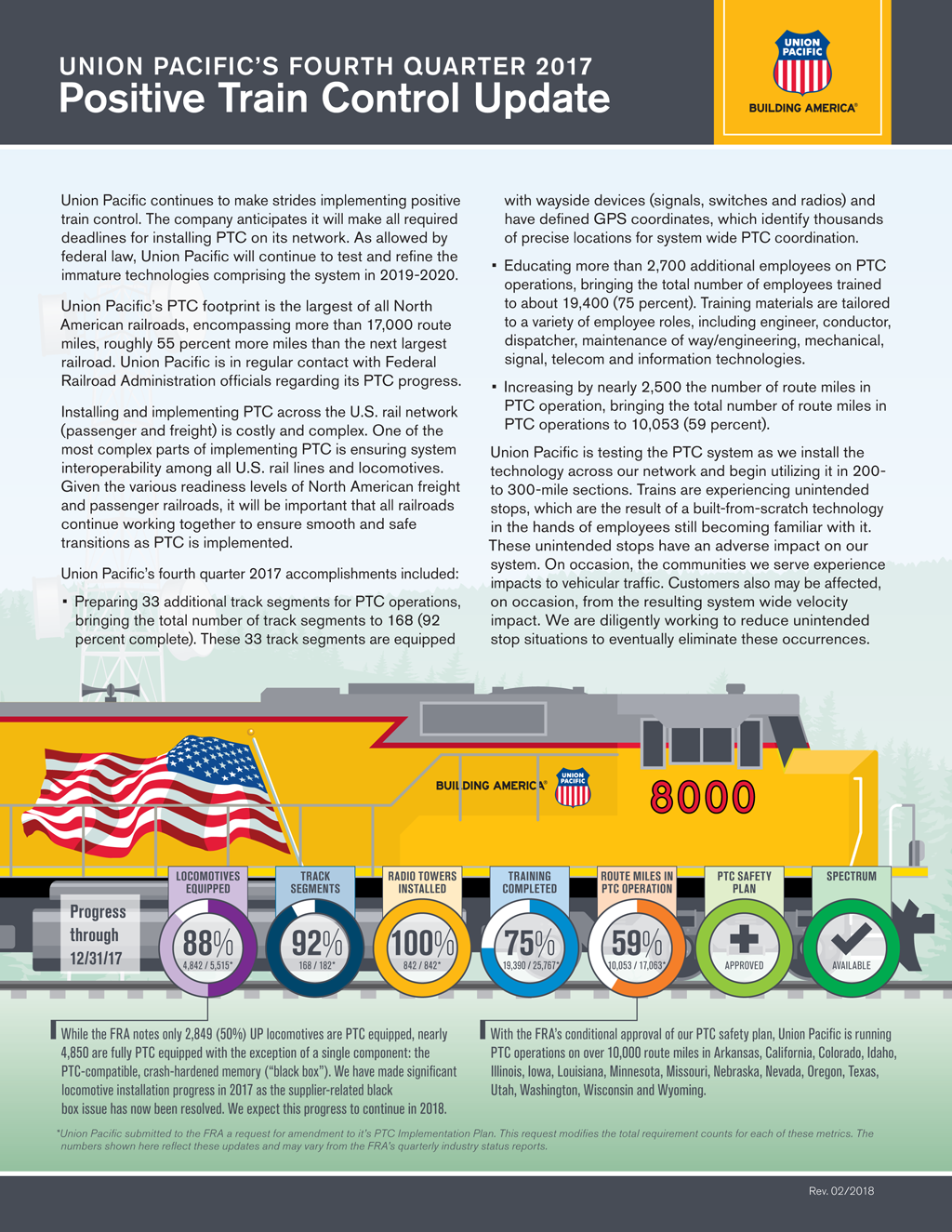 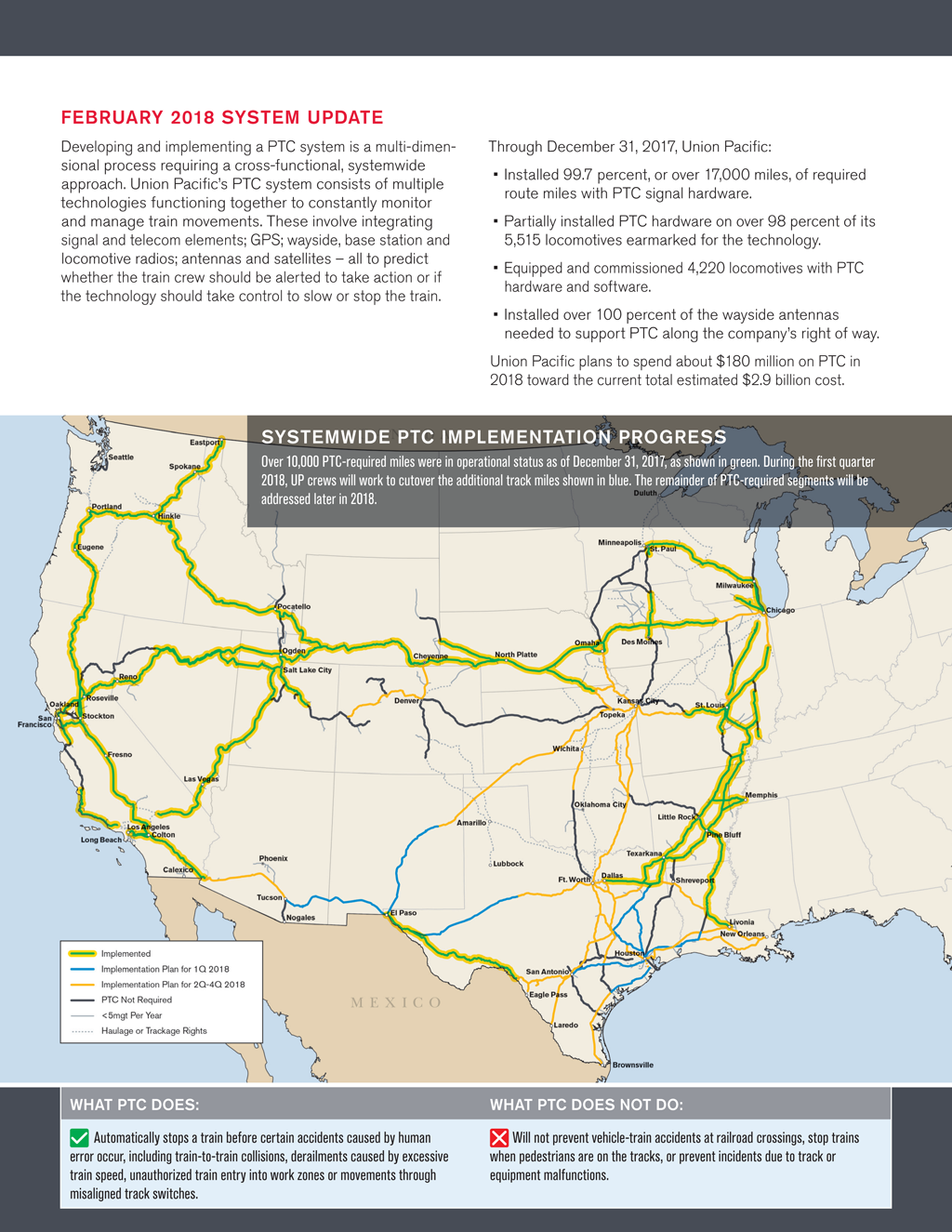 OMAHA, Neb., February 7, 2018 – Union Pacific continues to make strides implementing positive train control (PTC).  The company anticipates it will make all required deadlines for installing PTC on its network. As allowed by federal law, Union Pacific will continue to test and refine the immature technologies comprising the system in 2019-20.

Union Pacific’s PTC footprint is the largest of all North American railroads, encompassing more than 17,000 route miles, roughly 55 percent more miles than the next largest railroad. Union Pacific is in regular contact with the Federal Railroad Administration officials regarding its PTC progress.

Installing and implementing PTC across the U.S. rail network (passenger and freight) is costly and complex. One of the most complex parts of implementing PTC is ensuring system interoperability among all U.S. rail lines and locomotives. Given the various readiness levels of North American freight and passenger railroads, it will be important that all railroads continue working together to ensure smooth and safe transitions as PTC is implemented.

System Update
Developing and implementing a PTC system is a multi-dimensional process requiring a cross-functional, systemwide approach. Union Pacific’s PTC system consists of multiple technologies functioning together to constantly monitor and manage train movements. These involve integrating signal and telecom elements; GPS; wayside, base station and locomotive radios; and antennas and satellites all to predict whether the train crew should be alerted to take action or if the technology should take control to slow or stop the train.

Union Pacific plans to spend about $180 million on PTC in 2018 toward the current total estimated $2.9 billion cost.
During 2018, Union Pacific will continue to install and implement PTC across its network. Work during the first quarter will focus mainly in southeast Texas and New Mexico.

ABOUT UNION PACIFIC
Union Pacific Railroad is the principal operating company of Union Pacific Corporation (NYSE: UNP). One of America’s most recognized companies, Union Pacific Railroad connects 23 states in the western two-thirds of the country by rail, providing a critical link in the global supply chain. In the last 10 years, 2008-2017, Union Pacific invested approximately $34 billion in its network and operations to support America’s transportation infrastructure. The railroad’s diversified business mix is classified into its Agricultural Products, Energy, and Industrial and Premium business groups. Union Pacific serves many of the fastest-growing U.S. population centers, operates from all major West Coast and Gulf Coast ports to eastern gateways, connects with Canada’s rail systems and is the only railroad serving all six major Mexico gateways. Union Pacific provides value to its roughly 10,000 customers by delivering products in a safe, reliable, fuel-efficient and environmentally responsible manner.