For the second Winter Olympics in a row, Imperial Stock Ranch merino wool will adorn the athletes of the American Olympic team. 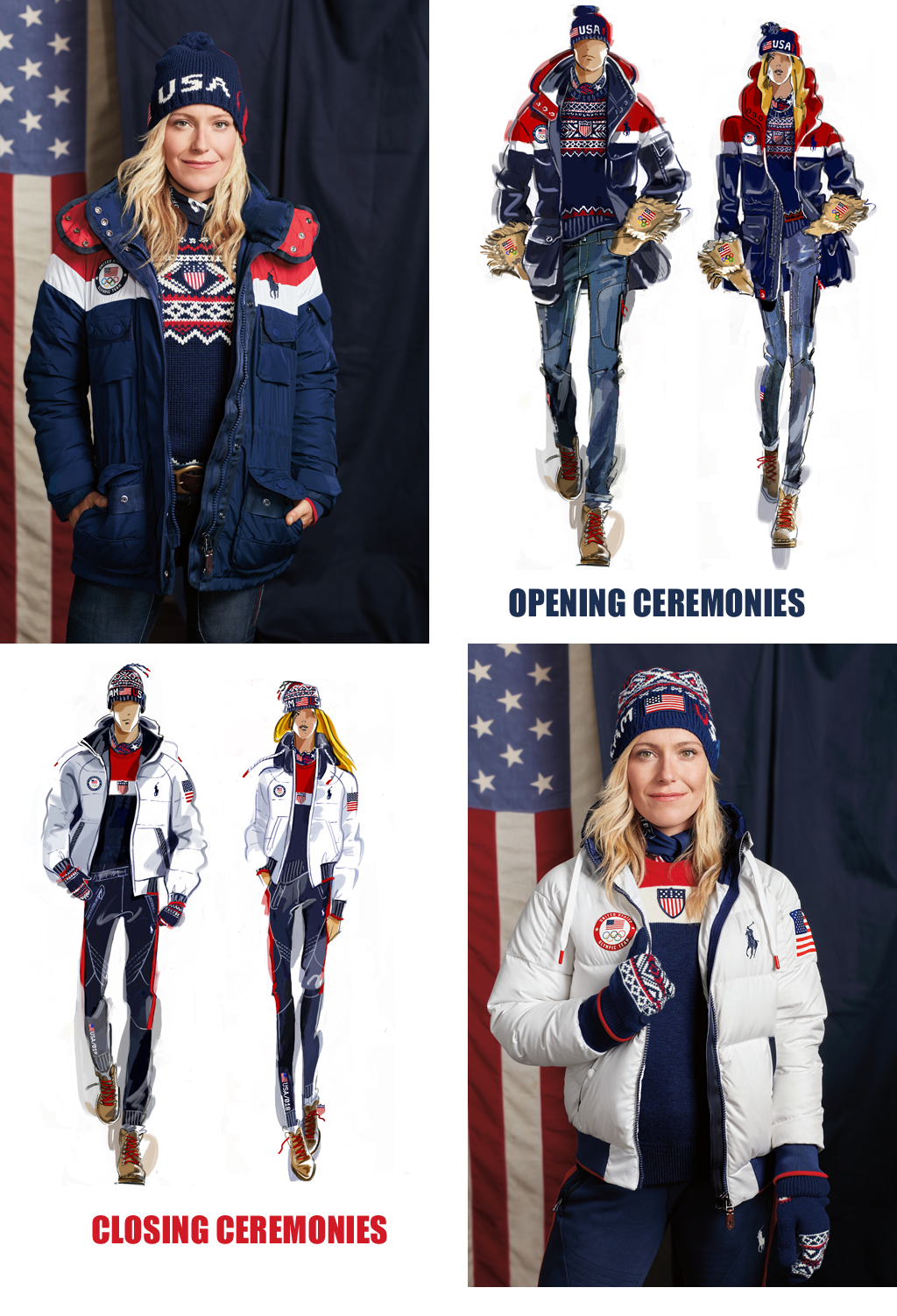 We recently conducted this email interview with Jeanne Carver, co-owner of Imperial Stock Ranch with her husband Dan.

How excited were you when you were first contacted by American legend Ralph Lauren?

Jeanne: That was quite awhile back Rodger! During the London Olympics in 2012 actually. I thought someone was joking with me. I received what became known as “the call,” in the summer of 2012 when Ralph Lauren was conducting research for a “Made in America” program. They were looking for an American yarn for a special project. I figured there was little chance anything would come from that call, you know, like 99% chance this lead would go nowhere!

In 1999, we had shifted from selling commodity wool, and began a value-added business taking the raw wool to product and selling the wool products – one of which was yarn. That effort eventually grew into multiple markets. Then in the late summer of 2012, we got that call from Ralph Lauren which led to a relationship between Ralph Lauren and Imperial Stock Ranch, and ultimately, Imperial Stock Ranch provided the wool yarns for the Opening Ceremony Sweater for Team USA at the 2014 Winter Olympics in Sochi, Russia. Ralph Lauren also chose to tell the story behind the Opening Ceremony Sweater, and it changed the future for our rural family ranching operation.

I sold my heart out in that first phone call, and approximately 6 months later, after sending many samples and lots of communications, we got the order to deliver the yarns for the Opening Ceremony sweater for Team USA in Sochi.

The Olympics are a long way from our life. For us, we do work that most people don’t know about. We’re tending the land and animals that give us fiber, that has clothed humankind for thousands of years. To have some of that fiber worn by America’s best athletes on a global stage like the Olympics, is still unbelievable for us. It will never stop being a miracle.

We’re humble, yet proud, to be a small part of the Team USA Collection.

Were you surprised that the company kept in touch in the intervening years and decided to use you again?

Jeanne: We are fortunate to have developed relationships over the years, with some of the strongest U.S. processors and manufacturers of textiles. And we’ve had a lot of support from folks in this community and state, on this unique journey; from agencies that work on business development to our natural resource agencies as well. We delivered a quality yarn product for Ralph Lauren in 2014, and that opened doors for the future.

We appreciate that Ralph Lauren continued to give us opportunities to work together, and has reached back to many of the same businesses they worked with four years ago, for the 2018 Winter Olympic program. It’s good for all of us.

What has the Ralph Lauren connection meant to you in terms of promoting your business?

Jeanne: After the 2014 Olympics, we saw incredible growth in our value-added fiber business due to the visibility of the Ralph Lauren relationship. Hundreds of designers and companies contacted us to explore doing business. We added market channels and continued to grow in each. And we maintained a relationship with Ralph Lauren as well, growing our partnership, and working on projects with both Polo Ralph Lauren and Ralph Lauren Home.

We were scaling our program, and utilizing additional wool from the American west, able to deliver American fiber as yarns and finished products into a variety of market channels. These efforts helped strengthen U.S. wool production and U.S. textile manufacturing. The visibility that resulted from Ralph Lauren telling our story, strengthened opportunities with our supply chain partners and broadened our impact.

In early 2015, National Spinning Co., Inc., one of the strongest spinning mills in the U.S., proposed a licensing partnership based on the value of Imperial Stock Ranch’s rich history, agricultural practices and sheep and wool production. Together, National Spinning and Imperial Stock Ranch met with Ralph Lauren’s design and production teams, and presented this new model.

What sorts of products will be made from the yarn?

Will you be able to offer any of the Ralph Lauren products through your shop?

How much yarn did they end up needing?

How long did they say it would take to put everything together?

Jeanne: Ralph Lauren design team reached out for the first yarn samples to begin development in the late spring/early summer of 2016.

Did they pick from existing stock or ask for any particular custom colors?

Jeanne: Ralph Lauren, as with almost every other brand I’ve worked with, always does a custom program. And particularly for the Olympics, I believe they are guided by very tight specifications. Remember that this time around, the yarn was delivered by National Spinning, the “new model” which made us a stronger partner.