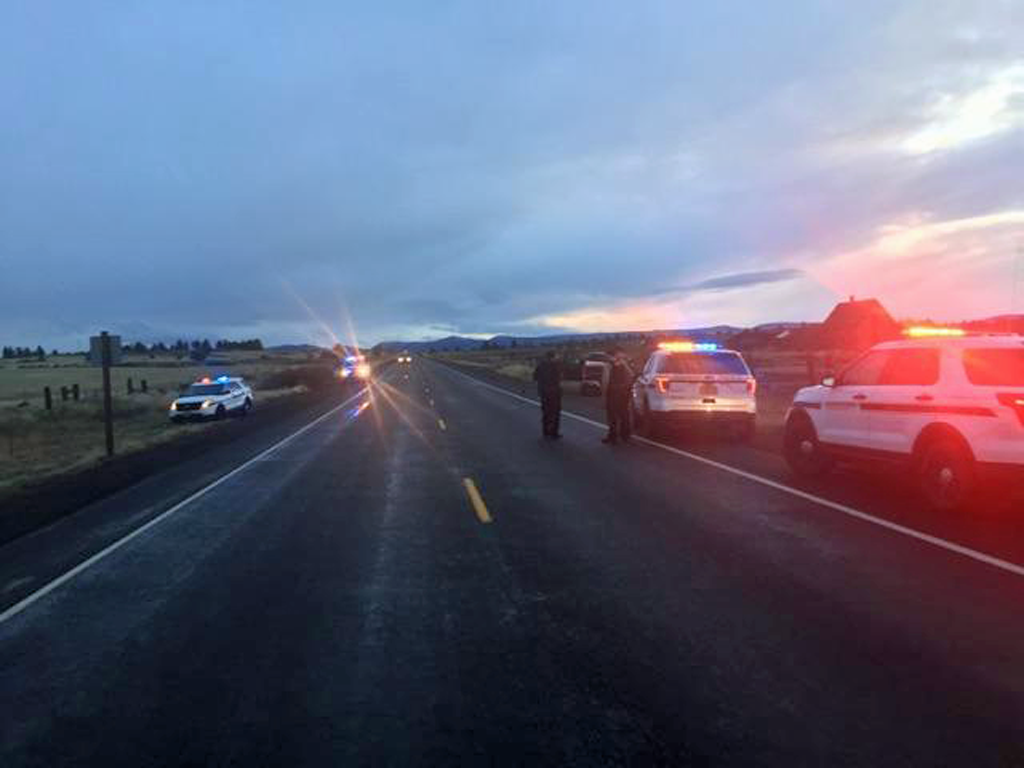 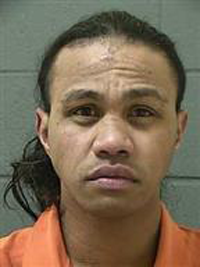 On Thursday, January 18th at approximately 3:20PM, an OSP Trooper operating a marked police vehicle attempted to stop a Dodge pickup for speeding on I-84 near milepost 109 westbound in Sherman County. The suspect failed to stop for the Trooper and when the suspect cut through the grassy median and began traveling eastbound, OSP discontinued the pursuit. At approximately 3:30PM, a Sherman County Sheriff’s Deputy located the vehicle traveling at a high rate of speed and attempted to stop it near Moro. The suspect refused to stop for police and the Sherman County Deputy discontinued their pursuit.

A short time later an OSP Trooper observed the vehicle in Sherman County headed towards Wasco County. Wasco County Sheriff’s deputies and the Oregon State Police attempted to stop the suspect by using spike strips at two separate locations, which were unsuccessful. The suspect vehicle was seen traveling through Tygh Valley at unsafe speeds and all law enforcement agencies discontinued efforts to stop the vehicle due to concerns for the public’s safety.

At approximately 4:25PM, a Wasco County Deputy located the vehicle at a residence just off US 197 approximately 4 miles south of Tygh Valley. As the vehicle attempted to reenter US 197 the Deputy fired several rounds at the vehicle with his sidearm. The vehicle came to a stop and the driver was taken into custody without further incident.

The vehicle was operated by 30 year old Rudy Foki Paea FIFITA from West Jordan, Utah. FIFITA had two passengers in the vehicle, 23 year old Tiffany Joan ROUBMAI from Haiku, HI and their 1 year old son. Neither FIFITA, ROUBMAI or their son were injured during this incident.
FIFITA was lodged at NORCOR in The Dalles on charges stemming out of Sherman County for Attempting to Elude Police (2 counts), Recklessly Endangering another Person (4 counts) and Reckless Driving.

Under protocols established by Oregon Senate Bill 111 each county has a specific set of rules by which police shootings are investigated. In Wasco County those protocols call for the District Attorney to name another agency, which in this case was the Oregon State Police, to head the investigation, with participation from other officers of the County’s Major Crime Team — drawn from the other agencies. The agency involved in the shooting contributes a single liaison officer, but does not participate in the SB 111 review. The reason for this is so that there is as much of detached investigation as is possible.

The Oregon State Police were assisted by the Sherman County S.O., Wasco County S.O., The Dalles P.D., the Sherman County District Attorney’s Office, the Wasco County District Attorney’s Office, Oregon Department of Human Services and ODOT. The investigation is ongoing and additional updates will be released as the investigation allows.