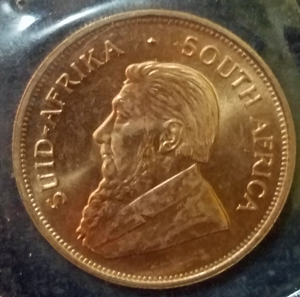 “We are excited to find this treasure in the kettle! We had only heard about the Krugerrand gold coin, but never expected to get one. The money raised from this gift will go to good use in serving those in need here in The Dalles and the surrounding areas. We are grateful for all the donations we receive and happy to serve in this community.” Lieutenant John Cardenas — Corps Officer of The Salvation Army — The Dalles, Oregon

The Salvation Army will secure the gold coin and get it appraised by a professional; but the estimated value of the coin is $1,278.10 as found on Ampex.com (https://www.apmex.com/category/16100/gold-krugerrands.) The Salvation Army appreciates all the donations it receives and thanks those who help them reach their goal. The funds raised during this annual campaign stay in the community, and stretch into the new year where it continues providing service to help those in need.