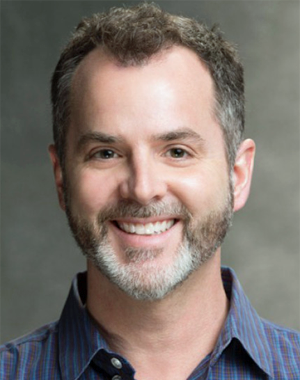 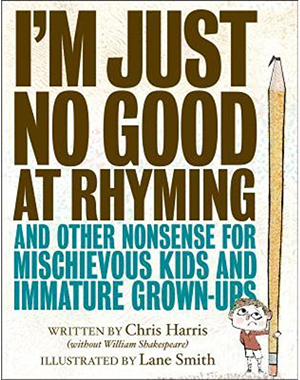 In its first two weeks of publication, Chris Harris’ I’m Just No Good At RhymingL And Other Nonsense for Mischievous Kids and Immature Grown-Ups hit the New York Times bestseller list, was featured on NPR Weekend Edition where it was called “a wonderful book” by the esteemed Scott Simon, and received five critical starred reviews, heralded as “a worthy heir to Silverstein, Seuss, and even Ogden Nash.” [Publishers Weekly] Harris’ debut has all the unbridled silliness and imagination-expanding cleverness of these beloved children’s writers, with an added ingredient: the hilarious back-and-forth exchange between author and illustrator Lane Smith.

In I’m Just No Good at Rhyming, Harris turns traditional poetry on its head, using absurdity and word play to show kids that with a little levity, poems can be easy to understand and impossible to put down. Harris’ background as television comedy writer brings a freshness that evokes the beloved book The Stinky Cheese Man: And Other Fairly Stupid Tales.How perfect that Lane Smith – the bestselling, award-winning artist of The Stinky Cheese Man ­- has spectacularly illustrated this collection with nearly one hundred pieces of art. In one of the final poems in I’m Just No Good at Rhyming, our narrator suggests to readers: “Let’s meet right here in twenty-five years.” Indeed, this classic-in-the-making will have children revisiting it for years to come.

About the author: Chris Harris is a writer and executive producer for How I Met Your Mother and a writer for The Late Show with David Letterman. His pieces have appeared in The New Yorker, Esquire, ESPN, The New York Times, The Wall Street Journal, and on NPR. He is the author of the anti-travel guide Don’t Go Europe. I’m Just No Good At Rhyming is his debut children’s book.

To hear out interview with Chris Harris, click on the grey podcast bar below: