Award-winning author Fonda Lee explodes onto the adult fantasy scene with Jade City, an epic saga reminiscent of The Godfather with magic and kungfu, set in an Asia-inspired fantasy metropolis.

FAMILY IS DUTY. MAGIC IS POWER. HONOR IS EVERYTHING. 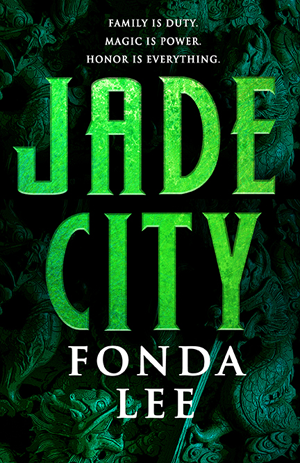 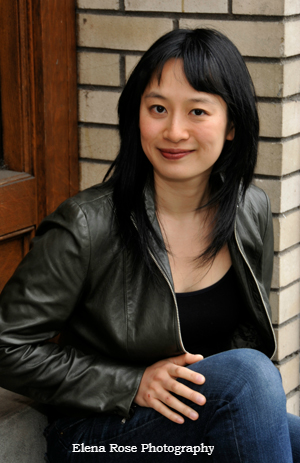 Jade is the lifeblood of the island of Kekon. It has been mined, traded, stolen, and killed for — and for centuries, honorable Green Bone warriors like the Kaul family have used it to enhance their magical abilities and defend the island from foreign invasion.

Now, the war is over and a new generation of Kauls vies for control of Kekon’s bustling capital city. They care about nothing but protecting their own, cornering the jade market, and defending the districts under their protection. Ancient tradition has little place in this rapidly changing nation.

When a powerful new drug emerges that lets anyone — even foreigners — wield jade, the simmering tension between the Kauls and the rival Ayt family erupts into open violence. The outcome of this clan war will determine the fate of all Green Bones — from their grandest patriarch to the lowliest motorcycle runner on the streets — and of Kekon itself.

Jade City begins an epic tale of family, honor, and those who live and die by the ancient laws of jade and blood.

Fonda Lee is an award-winning author of fiction for young adults, whose adult debut Jade City was published by Orbit on November 7. Jade City is the story of crime families battling for control of the magical jade market, in an Asia-inspired fantasy world.

Fonda is based in Portland, OR.

To hear our interview with Fonda Lee, click on the grey podcast bar below: