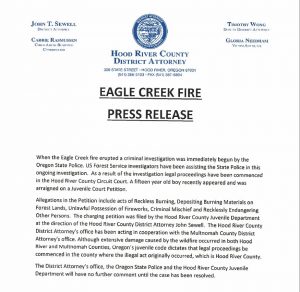 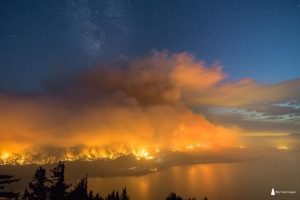 “When the Eagle Creek fire erupted a criminal investigation was immediately begun by the Oregon State Police. US Forest Service investigators have been assisting the State Police in this ongoing investigation. As a result of the investigation legal proceedings have been commenced in the Hood River County Circuit Court. A fifteen year old boy recently appeared and was arraigned on a Juvenile Court Petition.

The District Attorney’s office, the Oregon State Police and the Hood River County Juvenile Department will have no further comment until the case has been resolved.”